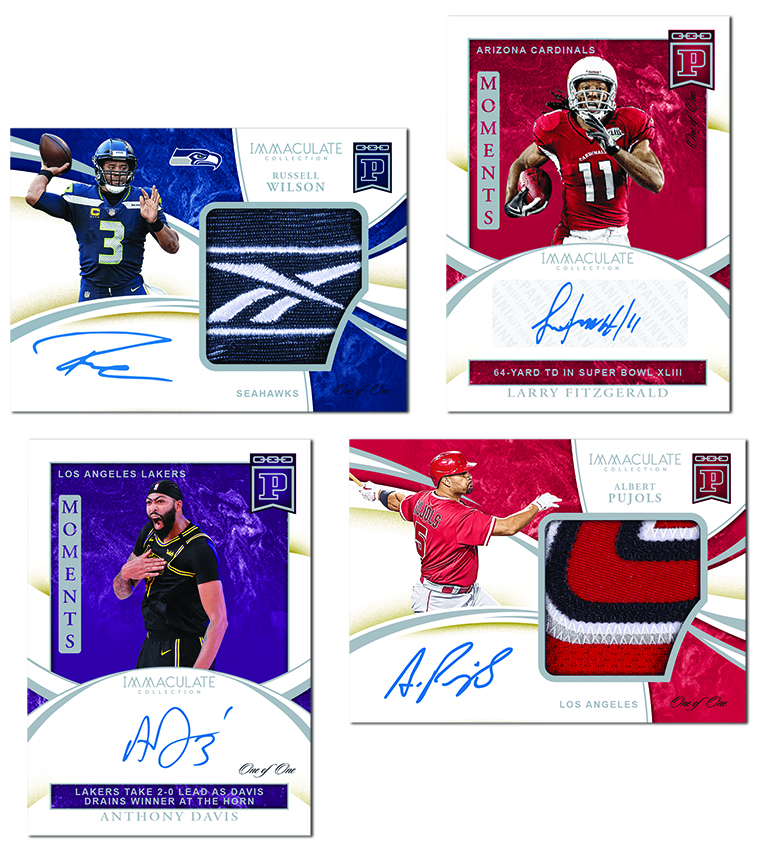 Just as with the recently completed 2021 National Treasures Blockchain, 2021 LaLiga Prizm Blockchain and 2020 Trifoce Blockchain offerings, purchasing the 2021 Immaculate Blockchain digital cards on the Panini Blockchain site entitles the buyer to receive the physical version of the card free with the purchase.

Each week’s new cards will be released to purchase on Mondays beginning at 10 a.m. CST through the Panini Blockchain site or by using the Panini Direct app. The cards will be sold in a Dutch Auction format with prices dropping incrementally until the card is sold. Week 5’s cards are available now.