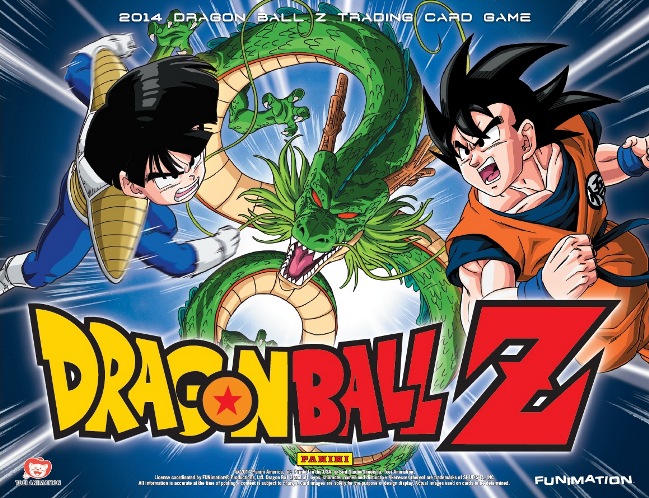 Panini America, the leading global publisher of licensed sports and entertainment collectibles, announced today that it is bringing the popular Dragon Ball Z card game back to the market for the first time since 2004.

The 2014 edition features more than 200 new cards, reprints of past fan favorites and is completely compatible with the original series. The new game was developed by Panini America Brand Manager Aik Tongtharadol, a former Dragon Ball Z world champion who also worked on the original Dragon Ball Z Trading Card Game, most recently in 2004. Company officials will preview and demo the game to the public for the first time this week during the 2014 Comic-Con International in San Diego; company officials also will distribute one free 2014 Dragon Ball Z Promo card each day of the show (Thursday through Sunday) while supplies last.

“We’re thrilled to be able to bring back Dragon Ball Z after so many years away; it’s a true cult classic that has a fiercely loyal following in the TCG community,” said Jason Howarth, Panini America Vice President of Marketing. “The fact that the new release is completely compatible with those original releases from the early 2000s is huge. Dragon Ball Z loyalists will appreciate how true this new release is to the original; new players will appreciate the ease and pace of game play.”

“The Dragon Ball Z card game is one that’s near and dear to me personally, and it’s been beyond rewarding developing its triumphant return,” Tongtharadol said. “In creating this edition, we’ve worked diligently to make it as appealing to longtime fans of the game as it is to the countless new fans who will experience it for the first time. That’s a real strength of this game and I can’t wait to see how fans react to it.”

Panini America’s 2014 Dragon Ball Z card game will arrive in retail stores across North America in late August. You can check out a preview gallery of selected Starter Deck and Booster Pack cards below. Stay tuned to The Knight’s Lance for additional coverage, including later today when we detail our promotional plans for 2014 Comic-Con International that begins today.