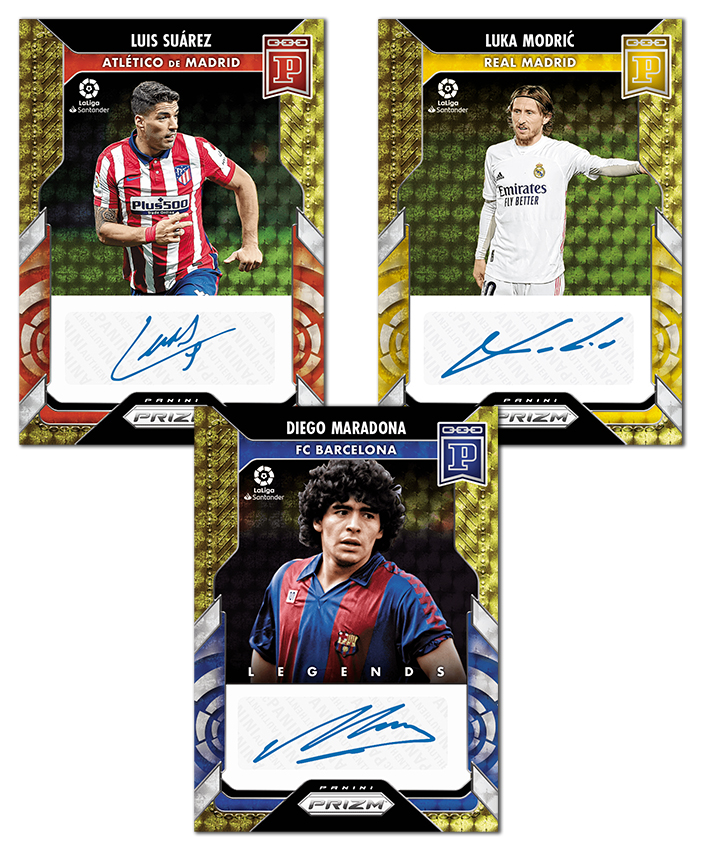 LFG!!! This is one my biggest wins to date. I was able to cop the Black *One of One* Bo Nickal Panini Instant Rookie Card! 🤌

Generational talent and hype is a beautiful thing in MMA. Can't wait for this card to arrive! ✅

AVAILABLE TODAY (9/29) @ 5pm (CST)!!
After a decisive win on the @danawhite Contender Series this week, Bo Nickal earned a @UFC contract! Commemorate this moment and a bright future with his first ever trading card!
SHOP: https://www.paniniamerica.net/bnickal-118.html

Some of the greatest players in the history of LaLiga, as well as the soccer league’s current superstars and future stars, are the subjects of Panini America’s new 2021 LaLiga Prizm Blockchain initiative that launched recently. This landmark release marks the first time that Panini America will incorporate an entire soccer league into the Blockchain environment.

The Week 4 lineup, detailed in the gallery that follows, launched earlier today.