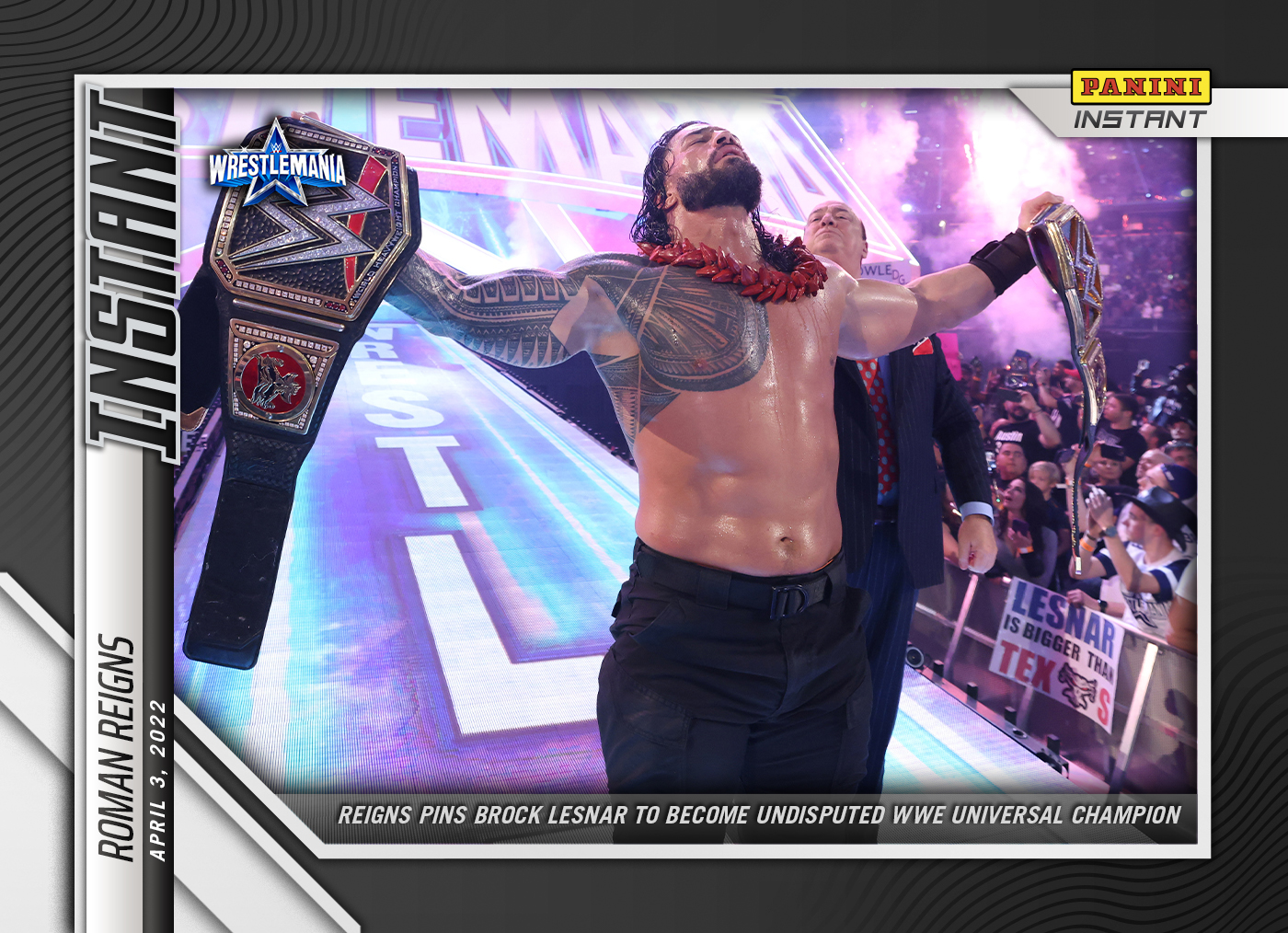 DETAILS:  When WWE advertised WrestleMania38 as the most “STUPENDOUS WRESTLEMANIA” ever, they did not disappoint! WrestleMania 38 was a legendary event and certainly one for the WWE record books. The star-studded, 2-day event held at AT&T Stadium in Arlington, TX – was the highest attended WWE event in the company’s history. To commemorate the epic events over WrestleMania weekend, Panini America has launched it’s popular on-demand, print-to-order product line, Panini Instant. Kicking off 2022 Instant WWE is the Introduction of newly enshrined WWE Hall of Famer, the phenom – Undertaker. Undertaker is followed by 17 additional Superstar cards featuring some of the biggest highlights and moments from NXT Stand and Deliver and WrestleMania38. Instant WWE will continue to highlight these types of moments throughout the year. See more details below including an extensive preview from the inaugural release. Cards are available now.

*All information is accurate at the time of posting – content is subject to change.