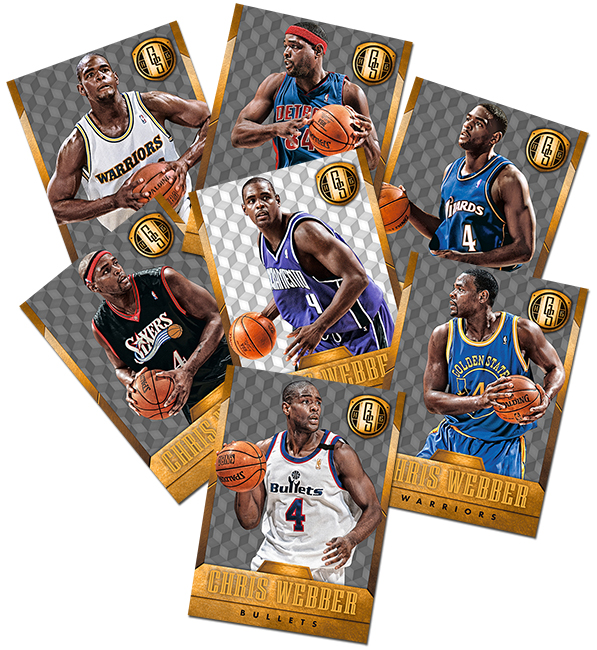 Almost two months after release, it's safe to say that this year's variations have kept Gold Standard Basketball top of mind by delivering a dizzying array of big-ticket sales in recent weeks.

One of the most interesting — but perhaps less-heralded — aspects of Panini America’s Gold Standard Basketball brand during its first four years in existence has been the inclusion of veteran base-set variations that have created feeding frenzies for the rarest versions among impacted player collectors. The phenomenon began with that inaugural 2010-11 Gold Standard Basketball release and featured Pete Maravich, Patrick Ewing and Dennis Rodman.

Almost two months after release, it’s safe to say that this year’s variations have kept Gold Standard Basketball top of mind by delivering a dizzying array of big-ticket sales in recent weeks.

Impressive numbers one and all, especially considering these cards feature no autographs and no memorabilia. They’re just compelling base-set variations of some of basketball’s most collectible players.

But more than just providing compelling — and sometimes downright devilish — chases for player and set collectors, these Gold Standard SPs have become something of a delightful nomad’s land; a one-stop photographic summation of the featured player’s globetrotting NBA ways.

If you missed the complete gallery of all 2014-15 Gold Standard Basketball base variations the first time around, we’ve showcased them one more time below. Enjoy, and happy hunting.