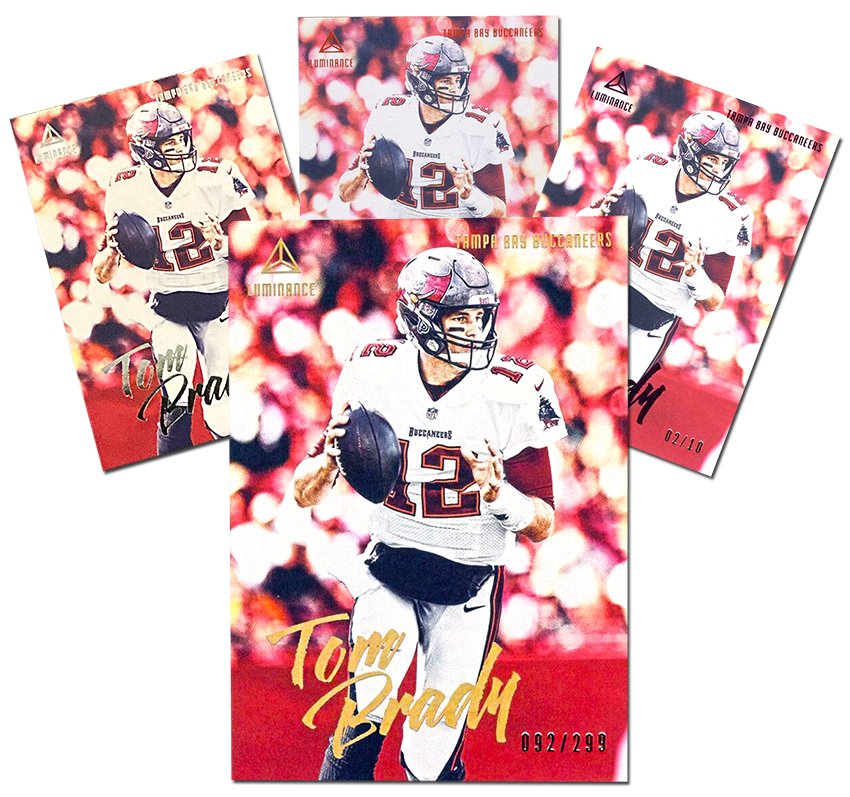 Quick, when’s the last time a 21st-year base card of a fortysomething footballer created waves on the secondary market? Well, prior to a few weeks ago, likely never. But Tom Brady, of course, is no ordinary 42-year-old passer. He’s widely considered the greatest quarterback of all time (something about winning six Super Bowl rings?); he’s also trading card royalty whose landmark 2000 Contenders Football Championship Rookie Ticket once sold for more than $400,000.

So when the legend joined the Tampa Bay Buccaneers in the offseason following two phenomenal decades with the New England Patriots, well, it represented a seismic shift in the sports world — and, as it turns out, in the sports card world, too. And for hard proof of that fact, look no further than Panini America’s new 2020 Luminance Football release, the first to feature Brady as a Buccaneer.

Brady’s Luminance base cards — BASE CARDS! — have routinely been selling in the $15-$30 range. But the numbers get crazier when you start looking at the prices being paid for the card’s various base parallels. A Pink version limited to 10 copies sold yesterday for more than $300 . . . an Orange version limited to 50 copies sold for $192.50 . . . a Gold parallel numbered to 299 changed hands for $105.50.

No Optichrome, no autographs, no memorabilia. Just a great image, sheets of cardboard and some perfectly placed foil. Oh, and Brady, who’s still at the top of his game — and atop the football card kingdom — entering his 21st season.