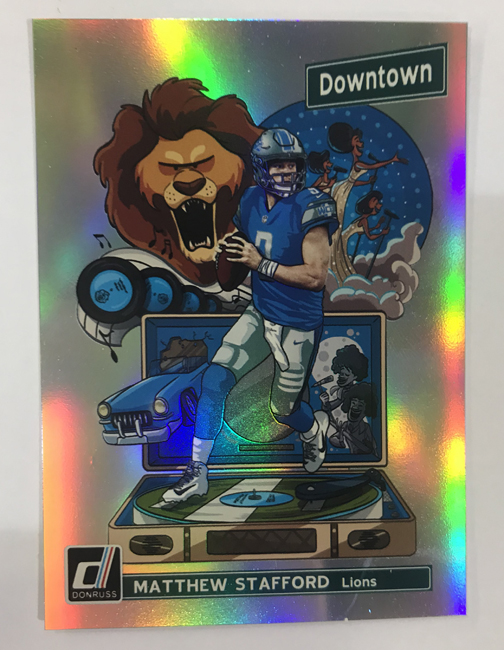 Trevor Lawrence was one of the hottest names on the show floor last week at The National. Will the 2nd year Jags QB be #TheHobby's breakout star this fall? 🤔

AVAILABLE TOMORROW (8/5)!!
We have @cpulisic_10 signed memorabilia going live tomorrow at 10am (CST) at Panini Direct. These items are exclusively available through Panini Authentic!
SHOP: http://www.paniniamerica.net/memorabilia/panini-autographed-memorabilia/christian-pulisic.html

The city of Cleveland was long known for the championship curse that lasted 52 years and spread across all major sports. But in 2016, the Cleveland Cavaliers finally broke that curse and brought a major celebration to the city.

The team was originally founded in 1970 as an expansion team in the Eastern Conference. The first few seasons were tough for the franchise, but the arrival of a few stars helped point things in the right direction. Players such as Austin Carr and Lenny Wilkens helped the Cavs capture their first division title in 1976. They even advanced to the Eastern Conference Finals, where they lost 4-2 to the powerhouse Boston Celtics.

After a downturn in fortune in the early 1980s, the franchise returned to the playoffs later in the decade and into the 1990s. They played in some of the most famous playoff series in NBA history, playing against the likes of Charles Barkley, Larry Bird and Kevin McHale. In 1992, they beat out Indiana and Boston, but suffered a heartbreaking loss in the conference finals to the Bulls. They had great players in this tenure as well such as Mark Price and Larry Nance Sr. Their success as a franchise continued until 1998, which would be their last playoff appearance until the King arrived.

While the time up until 2003 was rough, it would ultimately represent one of the most important times in the history of their franchise, as they were able to draft Akron, OH’s LeBron James first overall in the 2003 NBA Draft. In just 3 years, James completely turned the franchise around, leading them to a playoff appearance in 2006, and a trip to NBA Finals in 2007 for the first time in franchise history.

While they were swept by Greg Popovich and the San Antonio Spurs, it was evident there was a new championship mindset in the organization. For the next few years, the Cavs were perennial competitors and made deep runs in the playoffs, but were unable to reach the Promised Land again.

In the 2011 NBA Draft, the Cavs were able to draft Kyrie Irving, who would become one of the best players in the entire NBA, with the #1 overall pick.

When LeBron returned to Cleveland, he was returning to a team with a budding superstar in Irving and an established star in Kevin Love. Those three combined to bring the first championship to Cleveland in franchise history and the first title in the city in over half a century. It wasn’t easy though, the first season they made the Finals but fell short. In their second season they returned to the Finals and pulled off the greatest comeback in NBA history, coming back from a 3-1 deficit against the 73-9 Golden State Warriors. Finally, the city of Cleveland had captured the illustrious and long overdue title that they desired for so long. The Cavaliers were forever cemented in the history of the franchise and the city.

“I found that Cleveland was a fantastic city and Cleveland fans are the best in the country!”