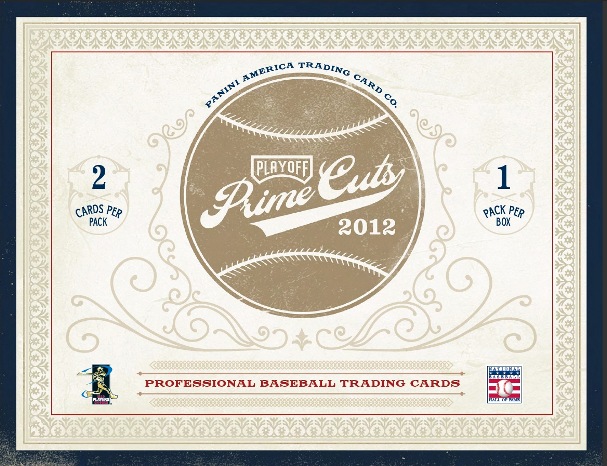 Each two-card pack of 2012 Prime Cuts Baseball (15 packs per case) will include either two autographs or one autograph and one memorabilia card. The set will feature 50 base cards (numbered to 99 and including memorabilia), 50 Century Signatures (with Gold, Silver and Platinum versions), 22 USA Baseball 2012 Collegiate National Team hard-signed jersey cards, 50 Timeline Autographs, 50 Timeline Materials Signatures (featuring Trios and Quads) and 36 Timeline Booklets.

We’ll have much more info in the coming weeks on 2012 Prime Cuts Baseball. But for now, sit back and enjoy this splendid first look: