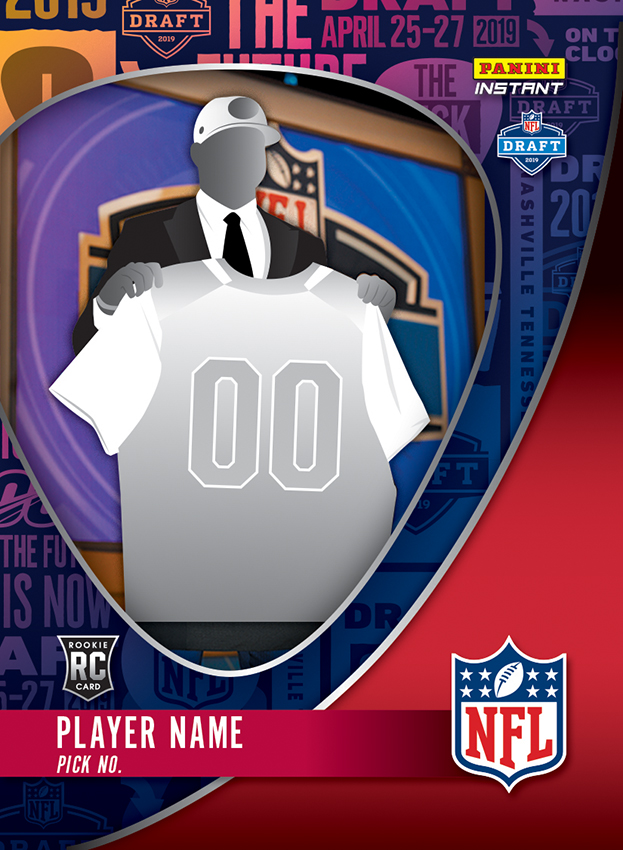 During tomorrow night’s first round of the 2019 NFL Draft, history will be made and dreams will come true during an electric opening night in Nashville — and Panini America will be ready to celebrate by making a little trading card history of its own. Today, the Panini Instant website launched Panini Instant 2019 NFL Draft cards for all 32 first-round selections and 18 “Wild Cards” that will be used for key picks after the first round. Tomorrow night, those mystery cards will be updated in real-time as each selection is made, meaning each new draftee’s first trading card with his new NFL team will be available just minutes after his name is called.

Of course, that also means that fans, collectors and speculators have the next day or so to speculate and to acquire the cards by pick number instead of player, which certainly could make things interesting. Be sure to check the Panini Instant website to get in on the action — either right now or as the 2019 NFL Draft unfolds.

Following tomorrow night’s first round, Panini Instant will reserve 18 “Wild Card” slots for key players selected during the second and third days of the 2019 NFL Draft.

Stay tuned to The Knight’s Lance and the Panini America social feeds for additional coverage of the 2019 NFL Draft.