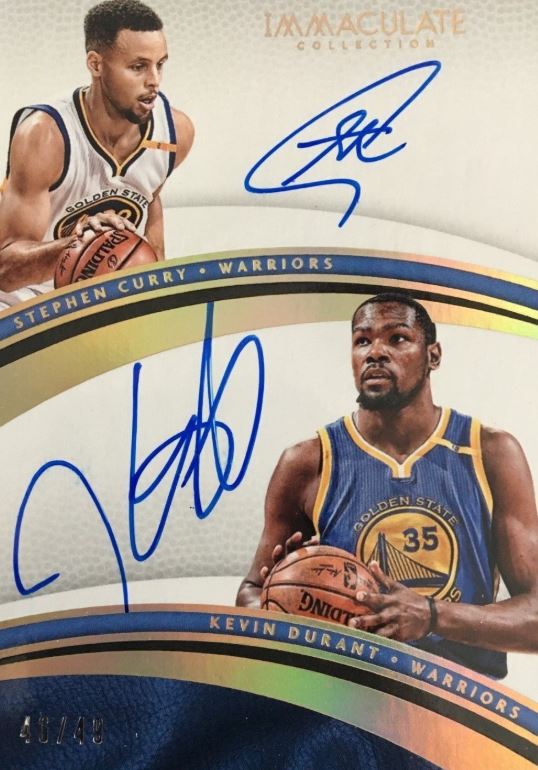 The Warriors’ winning ways go back as far as the NBA’s existence. The franchise won the league’s first championship in 1947 while based in Philadelphia. The franchise would add another title in 1956 before winning the lottery, so to speak, in 1959.

The team drafted Wilt Chamberlain with the third overall pick that year, and he instantly became the most dominant player in league history. The big man averaged a staggering 38.0 points and 27.1 rebounds per game in his first two seasons. Before being traded about midway through the 1964-65 season, the Hall of Famer notched 41.5 points and 25.1 rebounds per game in a Warriors uniform.

Replacing Chamberlain should have involved a revolving door of centers only a fraction as productive as he was. But the Warriors had another Hall of Famer waiting in the post. Nate Thurmond averaged a modest 7.0 points per game as a rookie in 1963-64. An All-Star in five of the next six seasons, his averages improved to 18.9 points and 19.4 rebounds in that span.

Another Hall of Famer brought a championship to the Bay Area in 1975. Rick Barry, a scoring machine and fierce competitor, won Finals MVP thanks to averaging nearly 30 points per game in the four-game sweep of the Washington Bullets.

Although it didn’t come with a title, the Warriors were one of the most exciting teams in the NBA during a brief period in the early 1990s. “Run-TMC,” a fast-paced trio consisting of Tim Hardaway, Mitch Richmond and Chris Mullin, helped Golden State lead the Association in points per game (118.7) in 1991-92 under coach Don Nelson.

It may be hard for some younger fans to think of the Warriors as underdogs, but they committed one of the greatest upsets in postseason history in 2007 vs. the Mavericks, a 67-win squad fresh on a Finals run the year before and led by League MVP Dirk Nowitzki. Golden State, headed by Baron Davis and Stephen Jackson, stunned Dallas by winning the series in six games, which was the first eight-one seed upset in a best-of-seven series in league history.

The modern Warriors have a chance to become the league’s greatest dynasty. Winning three championships in a row would put them in elite company. And if the squad remains in-tact in 2020, it would be a heavy favorite for a fourth consecutive title, something not done since Lyndon Johnson occupied the White House.

Led by top-notch scorers Stephen Curry, Kevin Durant and Klay Thompson, Golden State tramples over opponents on a regular basis. In addition to being one of the best scoring teams of the era, Golden State is also one of the best defensive units. Stoppers Draymond Green, Andre Iguodala, Thompson and Durant make life difficult for the game’s best offensive players.

“It was exciting. The city and the people were great…I made history in Oakland! That sums it up.”