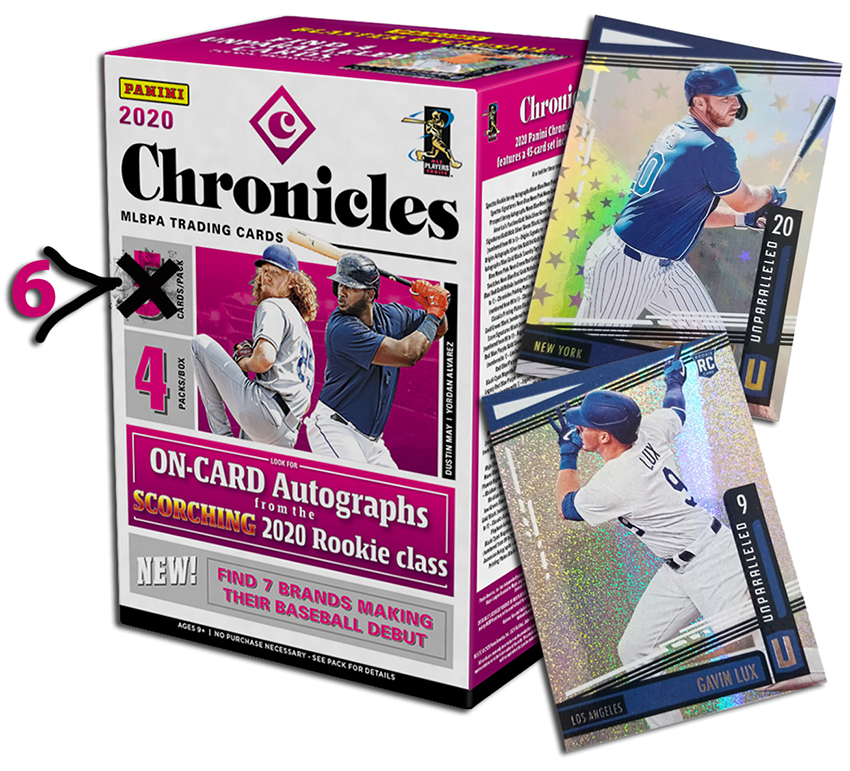 Full Disclosure: There’s a big, hot-pink typo on the front of retail Blaster boxes of Panini America’s new 2020 Chronicles Baseball. Indeed, while the box itself plainly states that there are five cards in each pack, well, that’s not accurate. There actually are six cards in each Blaster pack. And that sixth card is not just another base card, either. It’s a bona fide bonus card.

That unannounced sixth card in each pack is a Blaster-exclusive Unparalleled card and brings each Blaster Box card count in 2020 Chronicles Baseball to 24 cards, up from 23 total cards last year. It’s a marked improvement over 2019, even if the outside of the box doesn’t immediately say so.