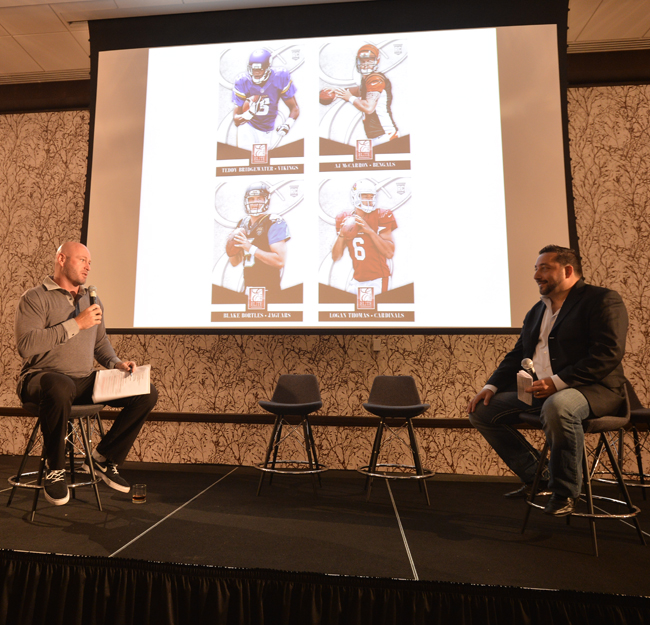 1. Hudson may be a little rough on the corners, but I love how he’s enjoying card collecting
2. It cracked me up when Hudson flipped the @Blaney card over his shoulder 😂 He did it like a dealer at Vegas. Haha

Doesn’t matter how 🥵it is @TXMotorSpeedway some kids were waiting for @joeylogano to sign some trading cards before the race!!! These kids were happy! #whodoyoucollect

The gallery below details just some of the event’s highlights. Stay tuned to The Knight’s Lance for a complete video recap of Panini America’s premiere Chalk Talk event and additional coverage of the NFL Players Inc. exclusive.