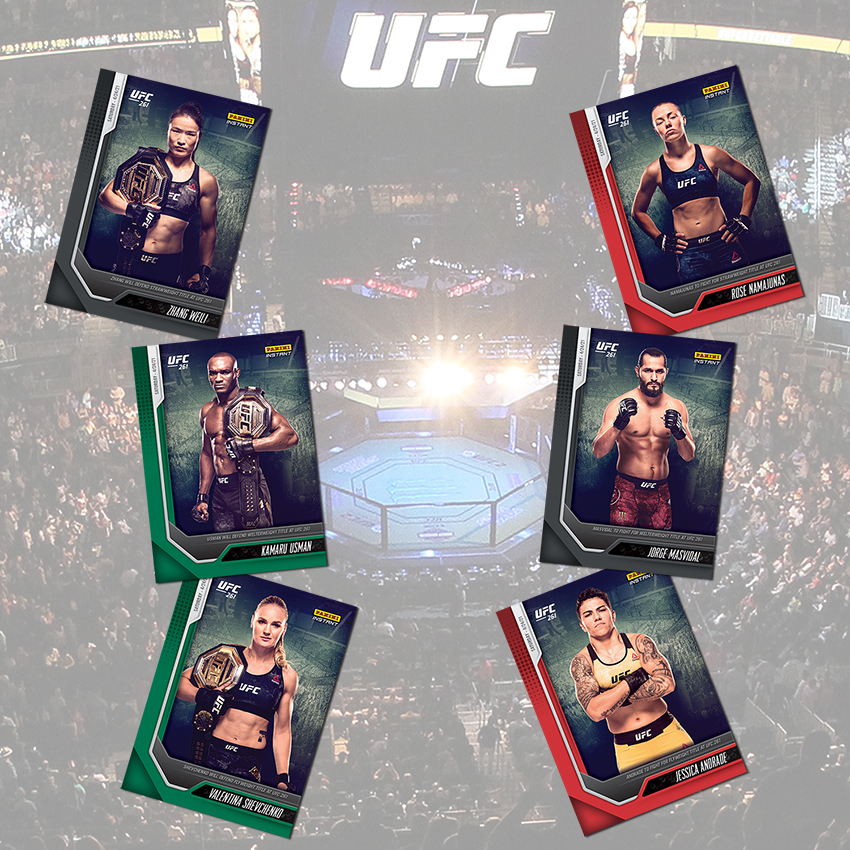 The preview cards will be available to order for a limited time. In addition, on Wednesday, Panini Instant will introduce the first UFC Artist Series Fight Poster card. UFC Artist Series is an ongoing collaboration between UFC and artists around the world to create unique expressions of UFC fight posters. The UFC 261 Artist Series Poster was designed by artist mister e and will be the first in an ongoing series.

Panini America launched its Panini Instant platform in the summer of 2016 to commemorate in real-time the biggest moments, milestones and performances in the world of sports on a daily basis. The initial UFC 261 preview cards and Artist Series Fight Poster cards will be followed with event-specific cards celebrating key moments from the Octagon.

We’ll have plenty more on Panini Instant’s UFC plans in the coming days.