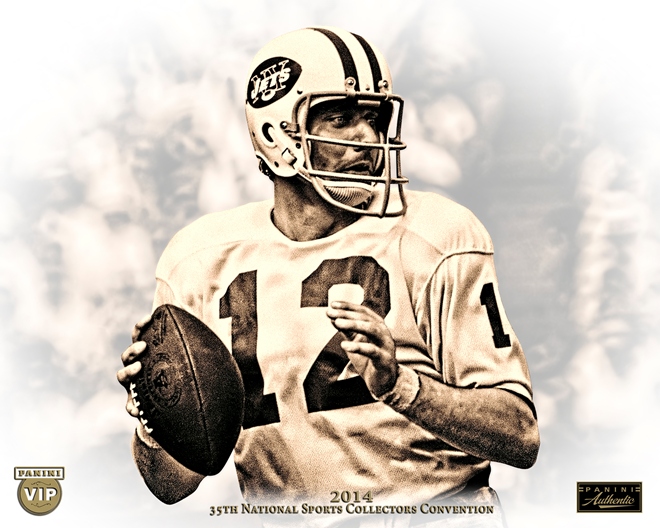 Namath, the Super Bowl III champion, a Pro Football Hall of Famer and author of one of the most consequential guarantees in sports history, be in attendance Saturday night to interact with and engage Panini VIP Party attendees, creating lifelong memories in the process.

Namath will join Wilkins, Glavine, Canseco and more to create the most star-studded Panini VIP Party guest list yet. Stay tuned to The Knight’s Lance and the Panini America Twitter account in the coming days as we reveal additional special guests.