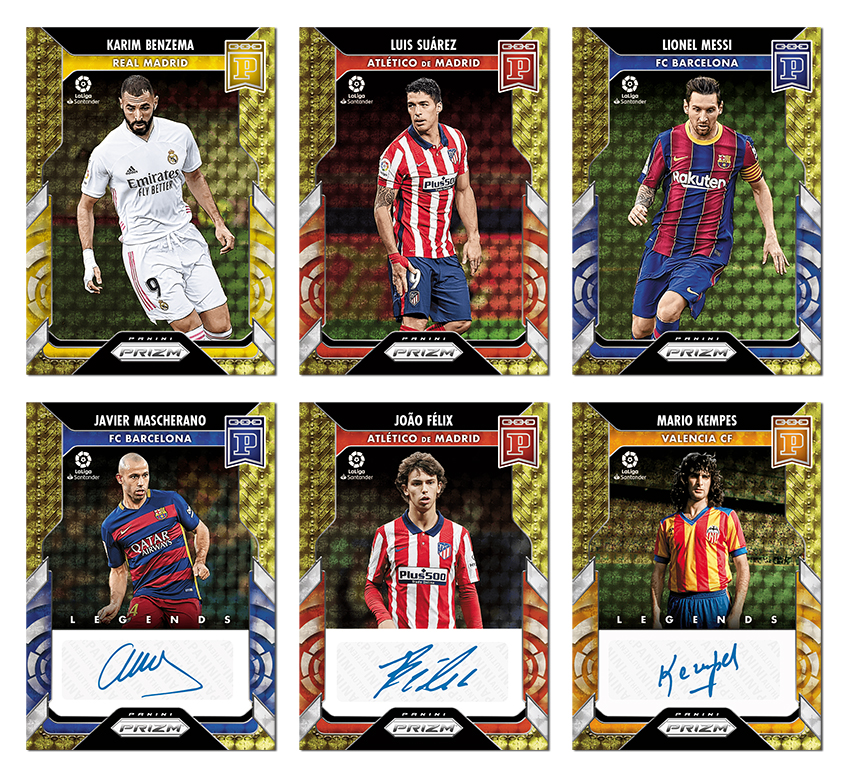 “I really take pride in my signature. I feel eve

@tombrady, a national treasure, as he appears in N

From The Beginning .... 👀 #whodoyoucollect

A little NT tease for your weekend viewing pleasur

Lions tackle Matt Nelson grew up collecting cards. He always longed for one card for his collection: his own.

We got to surprise him with some news (and a giant card): he's in 2021 @PaniniAmerica Score football.

Props to @Venum and @UFC for custom fight kit to go with our No. 52 @PaniniAmerica UFC PRIZM hotrod!!! 3 days to be Octagon ready for @Talladega and only 1 week to grab your new UFC Prizm cards at http://paniniamerica.net !!! #WhoDoYouCollect | #UFC | #Venum | #UFC261

Some of the greatest players in the history of LaLiga, as well as the soccer league’s current superstars and future stars, will be the subjects of Panini America’s new 2021 LaLiga Prizm Blockchain initiative that launches tomorrow. This landmark release marks the first time that Panini America will incorporate an entire soccer league into the Blockchain environment.

The Week 1 lineup, detailed in the gallery that follows, launches tomorrow at 10 a.m. CST.