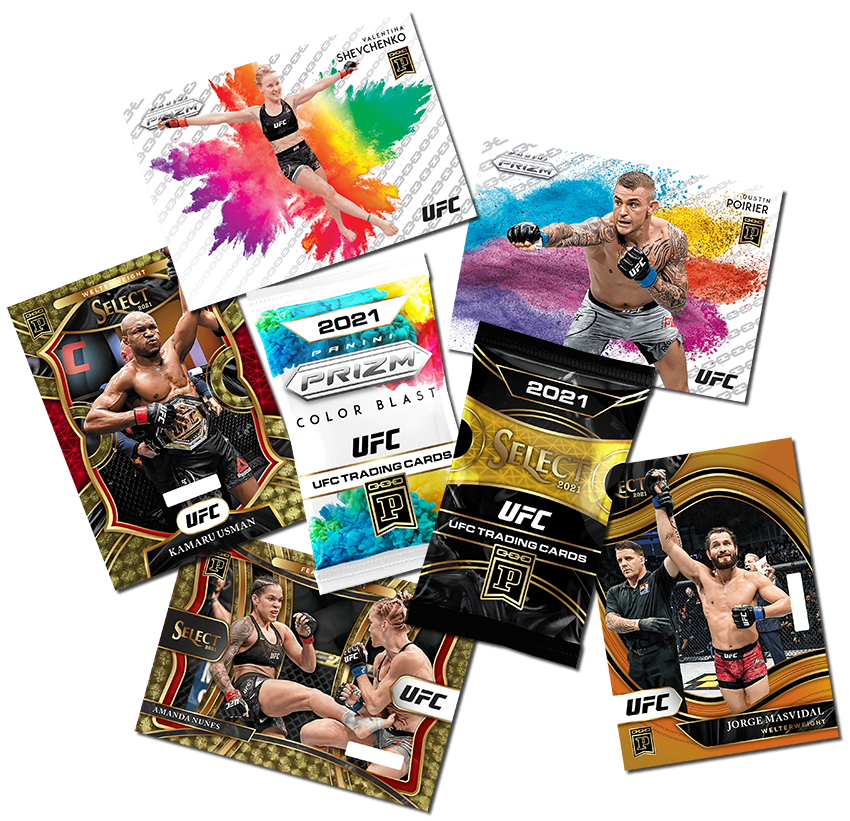 Coming Monday: @PaniniAmerica NFTs will be tracked on the @cryptoslamio platform. Can't . . . wait.

Is D'Andre Swift for real?
(via @PaniniAmerica)

If you happened to miss out on the first wave of Panini America’s 2021 UFC Select NFT Blockchain releases in late August, well, you’re likely not alone. The launch was overwhelmingly well-received and the cards in that first wave (first-wave base cards, Global Icons inserts and Tie-Dye inserts) sold out quickly. The good news, of course, is that the second wave of 2021 UFC Select NFT Blockchain releases is just around the corner.

In fact, it launches on Monday, on the heels of the certain buzz that will be caused by Saturday’s UFC 266 PPV. The fun starts at 10 a.m. CST with the launch of Gold Prizm parallel packs ($149) featuring nine base cards and one Gold Prizm numbered to 10. At 3 p.m., the wildly popular Color Blast packs launch ($15) with packs that include two base cards and one Color Blast insert numbered to 250.

The grand finale arrives on Tuesday at 10 a.m. CST with the launch of Gold Vinyl Prizm packs that include nine base cards and one Gold Vinyl Prizm 1/1 parallel. These packs will be offered via Dutch Auction format with the price dropping every five minutes until packs are gone.

Be ready for Monday and stay tuned for additional coverage.