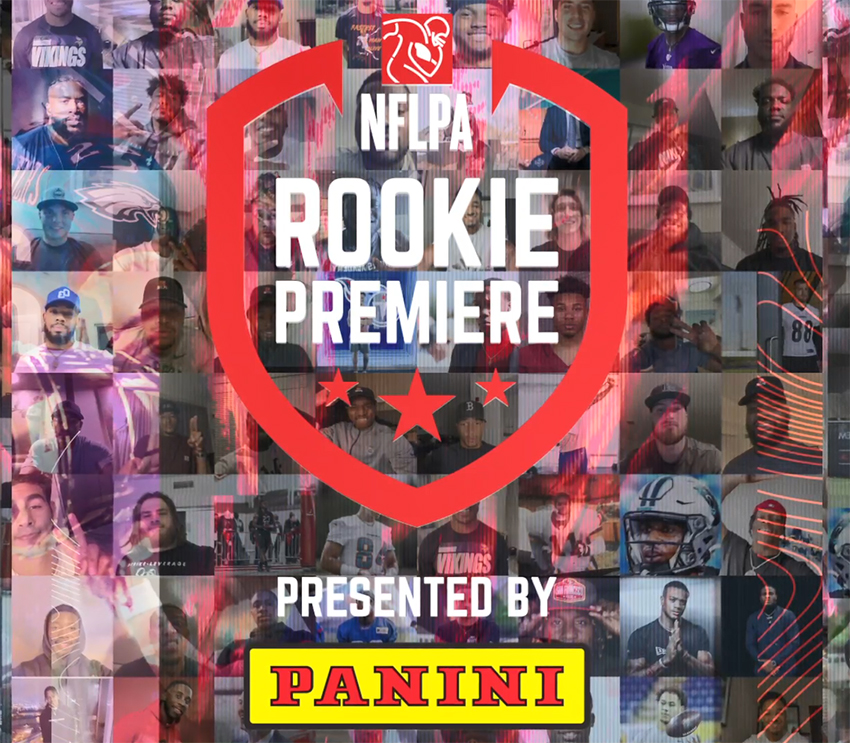 The insert and parallel game in paniniamerica’s

The popular paniniamerica nfl Player of the Day ho

#Repost patriots with make_repost ・・・ Mr. IN

azcardinals rookie rondale_moore is BALLING OUT to

ufc superstars dustinpoirier and gamebredfighter a

All season long, users of the paniniamerica nfl Bl

Before the paniniamerica ufc panel at the 2021 ind

It was an #AndStill kind of night at #UFC266 as both @alexvolkanovski and @BulletValentina retain their @ufc titles.

Who’s leaving with the strap?

The NFL Players Association (NFLPA) and its marketing and licensing business unit NFL Players Inc. are pleased to announce the NFLPA Rookie Premiere Class of 2021. In its 27th year, NFLPA Rookie Premiere presented by Panini America has represented a rite of passage for many of the game’s most marketable rookie stars to learn the business of football and jumpstart their endorsement careers.

Rookie Premiere is customarily an exclusive trading card content and marketing event for presenting partner Panini America, along with a slate of other NFLPA partners. Players are selected as part of the Rookie Premiere class primarily by Panini America based on position, college performance, draft status as well as projected overall demand and marketability. All these factors impact a rookie’s trading card value, even before they have played a down in a game. Fueled by NFL players, Panini enjoyed a second consecutive year of record growth in 2020. The Rookie Cards and autographs from this year’s class of players will be featured throughout Panini’s complete 2021 NFL trading card portfolio.

Traditionally held each summer in Los Angeles, this year the NFLPA hosted a private, virtual player-only program for the next generation of NFL stars who gained insights from NFLPA partners and industry experts, including Panini America, Sleep Number and P&G, plus heard from stars of the past and present, including Emmitt Smith, Ryan Clark, Dak Prescott and Tyler Lockett.

Each rookie is unique and among the most talented in their profession, no matter their position on the field or position in the draft. And that’s the beauty of the Rookie Premiere classes – for every high draft pick like Peyton Manning, Ezekiel Elliott or Cam Newton, there are dozens of hidden gems, like Terrell Davis, JuJu Smith-Schuster, Odell Beckham Jr., Prescott and Russell Wilson.

To celebrate this year’s class, the NFLPA and Panini America have released a class announcement video, produced by OneTeam Partners, that captures the dynamic nature of this year’s new faces.

Below is the full NFLPA Rookie Premiere Class of 2021: