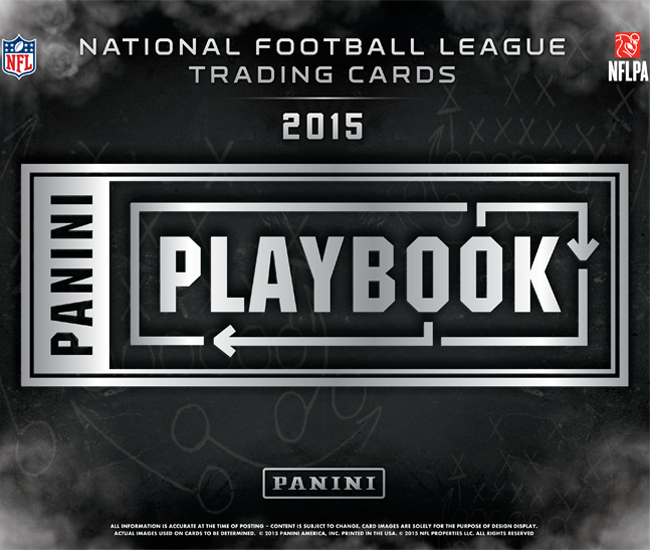 In four seemingly short seasons, Panini America’s Playbook Football franchise has earned a reputation as one of the most unique trading card products on the NFL landscape; a creative, cutting-edge, concept-driven brand that has paved the way in pushing what’s possible in the booklet-card genre. In 2015, that push will continue.

When 2015 Playbook Football arrives in hobby shops across North America in late October, it will do so equipped with an all-booklet base set to augment its normal selection of booklet-based envelope-pushers such as Down & Dirty, Armory and Game of Inches. The product also will feature newly designed Rookie Booklet Signatures and the new Split Six Signatures booklets featuring six autographs on one card.

We’ll have plenty more on 2015 Playbook Football in the coming days and weeks right here on The Knight’s Lance. For now, though, here’s your first extended sneak peek:

All information is accurate at the time of posting – content is subject to change. Card images are solely for the purpose of design display. Actual images used on cards to be determined.