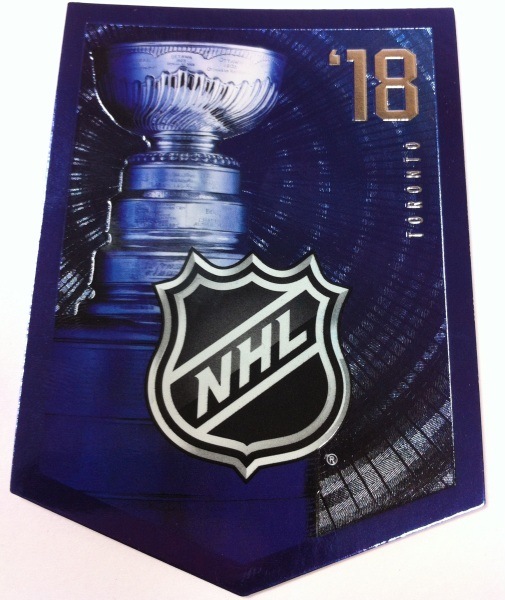 As if of-age Canadian hockey fans didn't already have enough tasty reasons to pick up considerable quantities of Molson Coors products, were about to give you 92 more.

As if of-age Canadian hockey fans didn’t already have enough tasty reasons to pick up considerable quantities of Molson Canadian products, were about to give you 92 more.
The gallery that follows includes every stunning card in the Stanley Cup Collection, a special set honoring every Stanley Cup champion from 1918 through 2011 currently inserted into specially marked cases of Molson Canadian, Coors Light and Molson Export.

Four-card packs of these banner-shaped beauties, complete with vibrant colors and mesmerizing micro-etching, were produced by Panini America for a massive, multi-platform promotion being conducted across Canada by our friends at Molson Canadian in conjunction with the 2012 NHL Playoffs.
Yesterday on The Knight’s Lance, we brought you a complete rundown of the promotion. Today, we bring you the eye candy, every card in a set that will take Canadian consumers an estimated 30 or so cases of fine Molson Canadian products to complete.
Of course, passionate team collectors have discovered a far-less filling alternative on eBay. For the record, a complete 92-card set sold yesterday for $400.
After you’ve checked out the gallery, stay tuned for three highly entertaining television spots Molson Canadian created to support the promotion.

Now, for the must-see video spots: