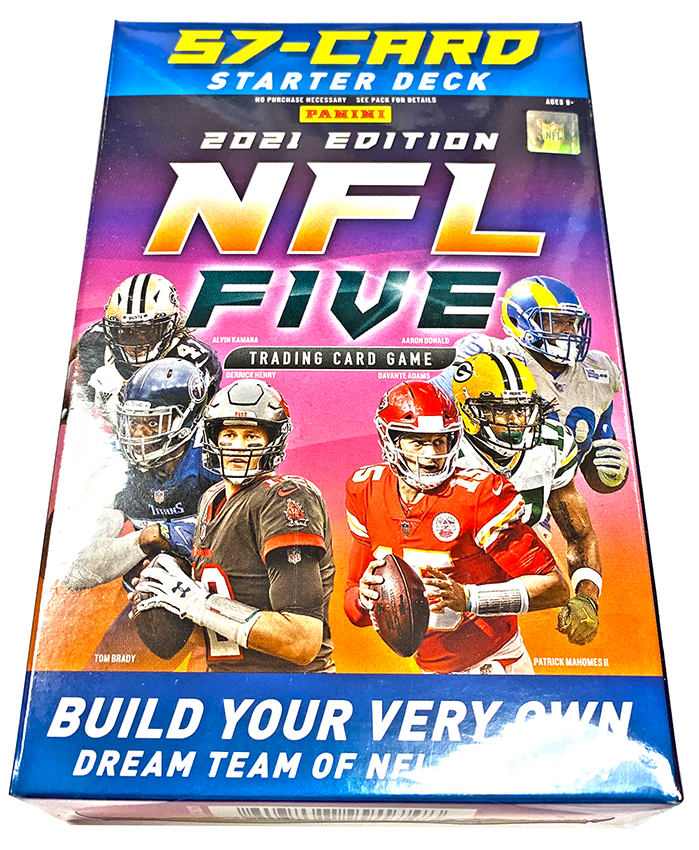 24-pack Booster boxes will yield seven Swirl-o-Rama parallels, four Epic Cards, one Legendary Card and one Rookie, on average. There are also new Starter Decks for 2021 which have a 50-card preconstructed deck, five parallels and an updated rulebook and playmat.

Get your first glimpse at all that’s new this season with a special 2021 NFL Five Preview Booster Box Break and Q&A, tonight at 7 p.m. CST.

Here’s a quick sneak peek at some of this year’s inclusions. The 2021 NFL Five Trading Card Game will be available at the official online store of Panini America beginning Wednesday at 10 a.m. CST.