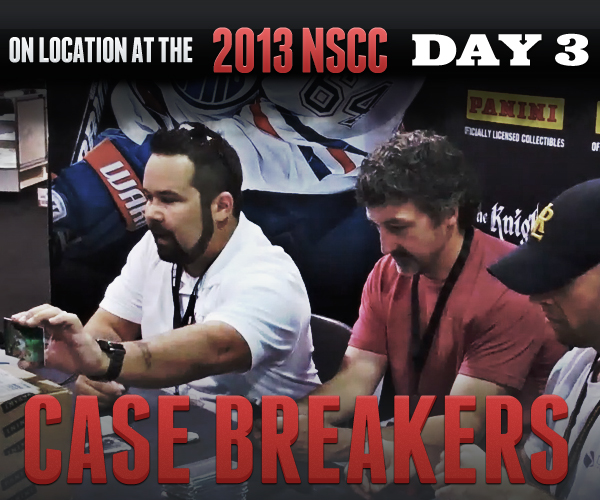 The great @KMbappe and Team France take the field again today! Will they win again? Collect the World Cup with Panini Stickers. Pick up your album today! https://qr.paniniamerica.net/2hzmq

ROSEMONT, Ill. -- As the popularity of online case breaking has grown, so has Panini America's efforts to support the hobby's exploding phenomenon.

ROSEMONT, Ill. — As the popularity of online case breaking has grown, so has Panini America’s efforts to support the hobby’s exploding phenomenon.

For the 34th National Sports Collectors Convention in Chicago, the company took things a step further to embrace the role of online breakers in the industry by hosting live case breaks at the Panini America booth on the convention floor.

“Case breaking is all the rage in this industry,” D.J. Kazmierczak, Panini America’s Vice President of Sales, said. “We’ve never done those live on the floor of the show before. We’ve got all the industry’s main case breakers. We’ve got all the key guys here.”

“At the Panini booth, this is by far the biggest stage,” said Michael Hodges, who has operated STL Sports Cards for three years. “They care about the future of the hobby.”

Rich Layton started Layton Sports Cards in his kitchen about a year ago, but has grown it into a storefront business.

“Panini has gone above and beyond to promote us and box breaking and case breaking, as well as our hobby shop,” Layton said.

Layton and Hodges agreed that Panini’s involvement with case breakers has helped build credibility to the ever-growing niche within the hobby. Live breaks continue Saturday at 11 a.m., 1 p.m. and 3 p.m.

See more of the action and hear more from Layton and Kazmierczak in our gallery and video diary below.