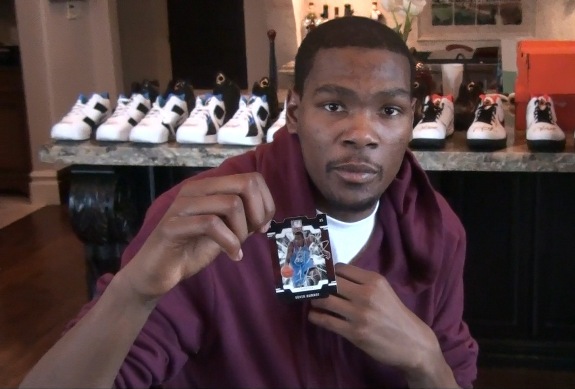 Durant will make his debut as an exclusive Panini athlete by appearing on packaging and in Panini’s 2010-11 Absolute Memorabilia product slated to release in early March at retailers and hobby shops nationwide.

“I’m very excited to be a part of the Panini family and join great players like Kobe Bryant and John Wall for this partnership,” Durant said. “The idea of being on a trading card with Kobe is an amazing opportunity and I can’t wait to see it happen.”

Panini America is the only company in the world that manufactures fully licensed trading cards for the NFL, the NHL and the NBA, and the company continues to increase its stature with meaningful marketing activation at the most prestigious sporting events in the United States.

“We are excited to add Kevin Durant as an exclusive Panini athlete,” said Mark Warsop, CEO of Panini America. “Kevin is one of those dynamic players that is fun to watch and is a player that excites collectors. We are pleased that Kevin has now joined the Panini family, he will be a pillar of Panini’s NBA business for years to come.”

Panini America became the exclusive trading card partner of the NBA beginning with the 2009-10 season. The Panini Group purchased the industry’s second-oldest trading-card company, Donruss, in March 2009 and formed the new subsidiary, Panini America, Inc. Since that time, Panini has taken significant steps to fortify its position in the sports card category as a whole and the basketball landscape in particular, including an exclusive marketing and advertising partnership with the Naismith Memorial Basketball Hall of Fame. 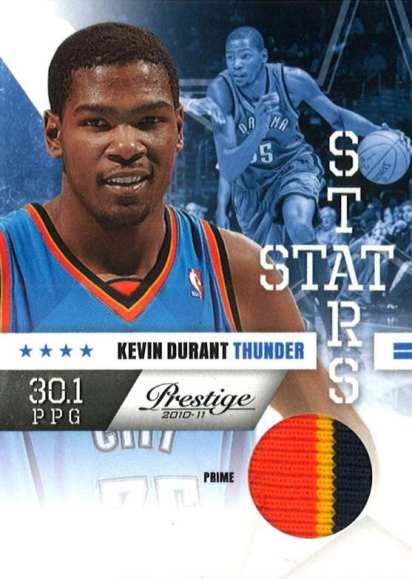