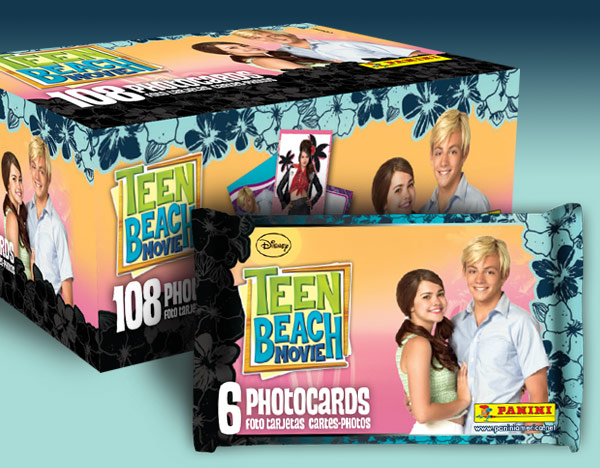 Just like co-stars Ross Lynch (Disney Channel’s “Austin & Ally”) and Maia Mitchell (ABC Family’s “The Fosters”), Panini America is giving you the opportunity to travel back in time for a summer beach blast!  Surf’s up for Panini America’s new “Teen Beach Movie” photocards! Panini America, the leading global publisher of sports and entertainment collectibles, have brought “Teen Beach Movie” photocards to the U.S. retail market on the heels of a record-breaking ratings performance of the Disney Channel’s Original Movie premiere on Friday, July 19, 2013.

Get an exclusive sneak peek at some of the cards in the set below. And make sure to tune for a special Dance Along telecast hosted by the cast on Disney Channel tomorrow night at 8 p.m. EST to see if you have the rhythm and moves to keep up with the summer’s #1 television movie hit!