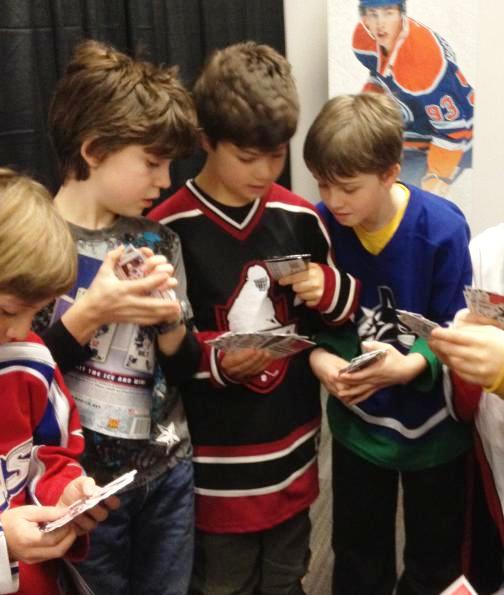 OTTAWA, Canada -- Panini America lifted the lid on 2012 NHL All-Star Weekend Thursday, warming up a chilly Ottawa afternoon with sights and sounds that were as varied as they were entertaining.

OTTAWA, Canada — Panini America lifted the lid on 2012 NHL All-Star Weekend Thursday, warming up a chilly Ottawa afternoon with sights and sounds that were as varied as they were entertaining.

At the player hotel, Panini America representatives were busy capturing autographs from the players (primarily on pucks, a handful of trading cards and patches) as they checked in. Highlighting Thursday’s guest list in the Panini America player lounge were Tyler Seguin, Jordan Eberle, Steven Stamkos and Jamie Benn and Jason Spezza. More big-name players are slated to file through the room today.

A few blocks away inside the Ottawa Convention Centre, the NHL Fan Fair was opening its doors to an anxious throng of hockey-loving locals, many of whom couldn’t wait to participate in the Panini America wrapper-redemption program.

And in still another hotel, Panini America officials were shooting a special spot with the legendary Jeremy Roenick for an in-arena spot that will air during Saturday’s All-Star Skills Competition.

Indeed, you’ll see a little bit of everything in the massive gallery that follows, thanks in large part to photography from Panini America comrades Chris Reed and Alex Carbajal. And these are just the highlights from Day One. Stay tuned to The Knight’s Lance for continuing coverage of the 2012 NHL All-Star Game, including a huge announcement from the Panini America booth on Friday.

And don’t forget to check out iCollectPanini.com to participate in our wrapper-redemption program online even if you can’t make it to Ottawa.