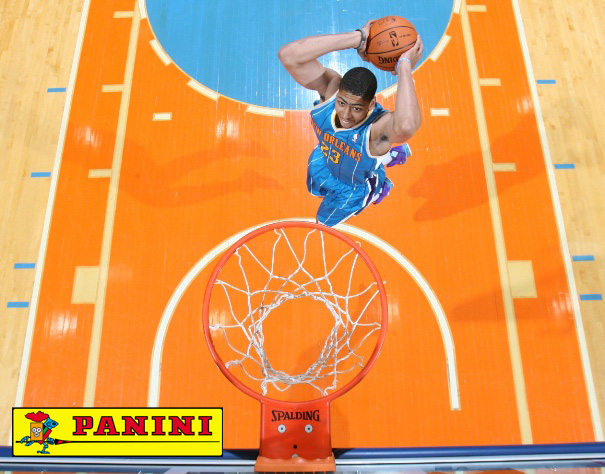 After a one-year hiatus, the one-day basketball extravaganza returned in grand style as 39 of the most promising rookies from the 2012 NBA Draft filled both courts in the gym as well as every other conceivable nook and cranny with a lively vibe and lots of laughs — all while posing for Panini America photographers in the name of producing the perfect trading card.

Along the way, the players conducted interviews (including two by New Orleans Hornets teammates Anthony Davis and Austin Rivers live on ESPN’s SportsCenter to start the day), interacted with throngs of national media and each other, and seemed to thoroughly enjoy every minute of the fun.

When the players weren’t posing for a Panini America photographer (there was one true action station and three  locations shooting various types of portraits), they were engaging in trick shots, busting packs of 2012-13 Hoops Basketball, taking over the Panini America Twitter account and clamoring for the coveted Rated Rookie T-shirt at the Panini America marketing station.

The following gallery provides just a taste of the wall-to-wall action. Stay tuned to The Knight’s Lance for tons of additional coverage of the 2012 NBA Rookie Photo Shoot, including excerpts from the Panini America video news release that is going out later today, exclusive player interviews and a chance to win some sweet autographs from the event.

But until then, enjoy these must-see scenes . . .