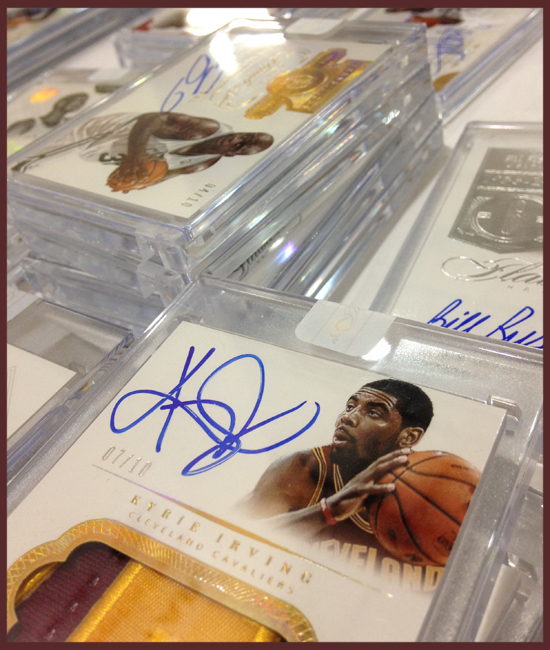 Earlier today, several white-gloved members of the Panini America NBA Product Development Team hand-packed the final few black briefcases of 2013-14 Flawless Basketball, bringing official closure to the packout process. As a result, one week from today, high-end collectors across the country will begin unpacking the myriad fruits of Flawless.

Over the last several days, we’ve brought you several scene-stealing images from 2013-14 Flawless Basketball, including sneak peeks at the jumbo memorabilia cards and precious gems included in this year’s installment. Today, though, we’re focusing our preview efforts on some of the top on-card autographs featured in the product, including Kobe Bryant, Kevin Durant, Kyrie Irving, Carmelo Anthony, Shaquille O’Neal, Allen Iverson, Bill Russell and the first Chris Webber autographs in a decade.

They’re all on brilliant display in the gallery that follows. Enjoy the eye candy and stay tuned to The Knight’s Lance for continued coverage of 2013-14 Flawless Basketball in the days leading up to next Wednesday’s release.