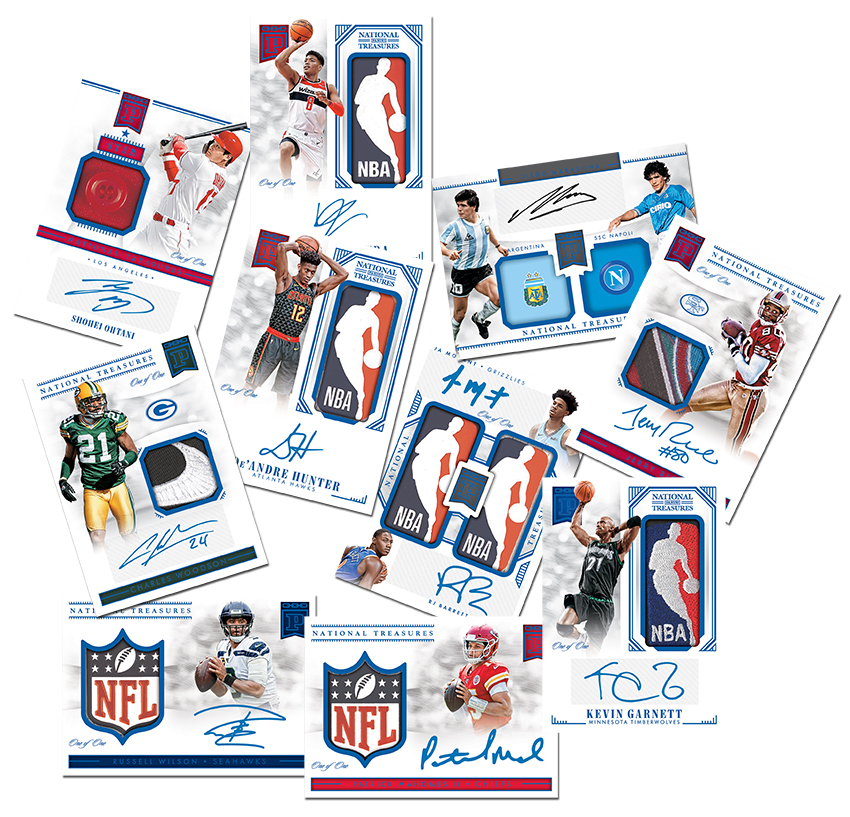 Ten more jaw-dropping 1/1 cards — this time featuring the likes of Patrick Mahomes II, Shohei Ohtani and Kevin Garnett — will headline the second 10-card wave of Panini America’s historic Blockchain venture. The cards will open for bidding on Monday morning and every virtual Blockchain card issued in the initial 100-card wave will be accompanied by a physical version of the card featuring autographs and memorabilia.

Panini America officials will launch 10 new Blockchain cards each week so stay tuned to The Knight’s Lance and the Panini America social media channels to see each week’s lineup. Each Blockchain card will open for bidding in a Dutch Auction format with a starting price of $100,000. Card prices will drop incrementally until the card is sold. Each card in the Blockchain initiative is a 1/1.

In the gallery that follows, we offer a sneak peek at each of the 10 Week 2 cards launching on Monday. Enjoy the preview and stay tuned for additional coverage.