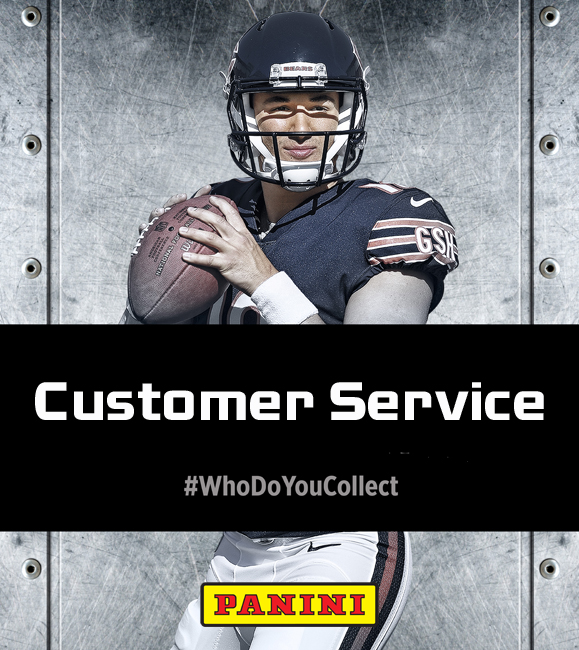 Panini America officials are proud to announce that the company will once again conduct its Live Redemption Trade-Up program on location during next week’s 2017 National Sports Collectors Convention in Chicago.

Panini America officials are proud to announce that the company will once again conduct its Live Redemption Trade-Up program on location during next week’s 2017 National Sports Collectors Convention in Chicago.

Back by popular demand for the sixth straight year, the unique initiative will be conducted live at the Panini America booth and will afford those collectors in attendance holding multiple outstanding redemption cards FOUR MONTHS OLD OR OLDER AND ALREADY PENDING IN THE PANINI AMERICA REDEMPTION SYSTEM the opportunity to trade them in for a card or cards of higher value.

For example, a collector holding four outstanding redemption cards with a combined Beckett value of $80 will have the chance to trade-up those four cards for one $100 card via a carefully constructed grab-bag system. The Panini America Customer Service team has assigned values to replacement stock and will offer grab bags containing one autograph or prime memorabilia card or a box of product at the $50, $100, $150 and $200 levels. (While supplies last.)

The Panini America Redemption Trade-Up program will be separated by sport, and collectors will get to choose what sport they select as a replacement. The available sports will be baseball, basketball and football.

In order to help expedite the process, collectors participating in the Panini America Redemption Trade-Up program are encouraged to bring with them print outs from the Panini America Website of the outstanding redemptions they want to have replaced at the National. A Customer Service team member onsite will verify the outstanding redemptions as well as their values before completing the replacement process.

Each redemption card being swapped out must be a minimum of four months old and already pending in the Panini America online redemption system; collectors may swap out up to $400 in value at the show while supplies last. Outstanding redemption cards must total a minimum of $35 in value in order to be eligible for this program. Collectors also will be required to sign a waiver that states they agree to the random pulled replacement.

You can find the Panini America Customer Service Manager on Twitter right here.