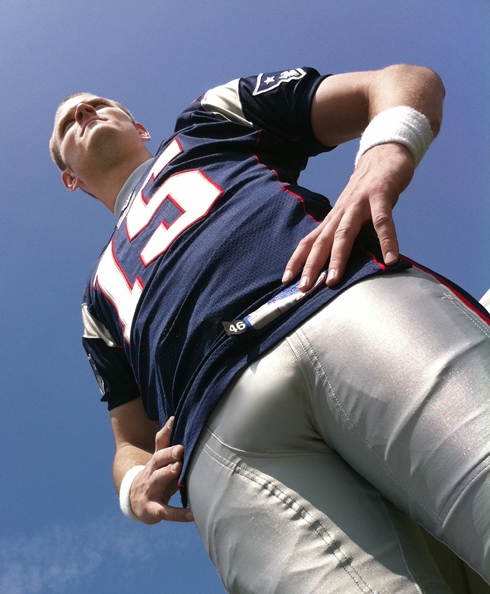 In terms of first impressions, skyscraping rookie signal-caller Ryan Mallett made a good one in his NFL debut with the New England Patriots last week.

In terms of first impressions, skyscraping rookie signal-caller Ryan Mallett made a good one in his NFL debut with the New England Patriots last week.

The Pats’ third-round pick — and potential heir apparent to the legendary Tom Brady — completed 12 of his 19 pass attempts for 164 yards and a touchdown in the team’s preseason-opening 47-12 romp over Jacksonville. In the process, the former University of Arkansas star led New England to touchdowns on his first four possessions, fashioned a fat passer rating of 108.2 and kickstarted an early feeding frenzy on his best Rookie Cards.

In late May at the 2011 NFL PLAYERS Rookie Premiere, the 6-6, size-16-shoe-wearing Mallett sat down with Panini America’s Tracy Hackler to discuss, among other things, some of those aforementioned Rookie Cards and his fellow first-year passers.

As you’ll see, Mallett is as engaging and gregarious off the field as he is larger than life and laser-armed on it. And all those years he spent filling huge shoeboxes with his childhood collection are sure to come in handy someday soon, when he likely will have Brady’s huge shoes to fill.