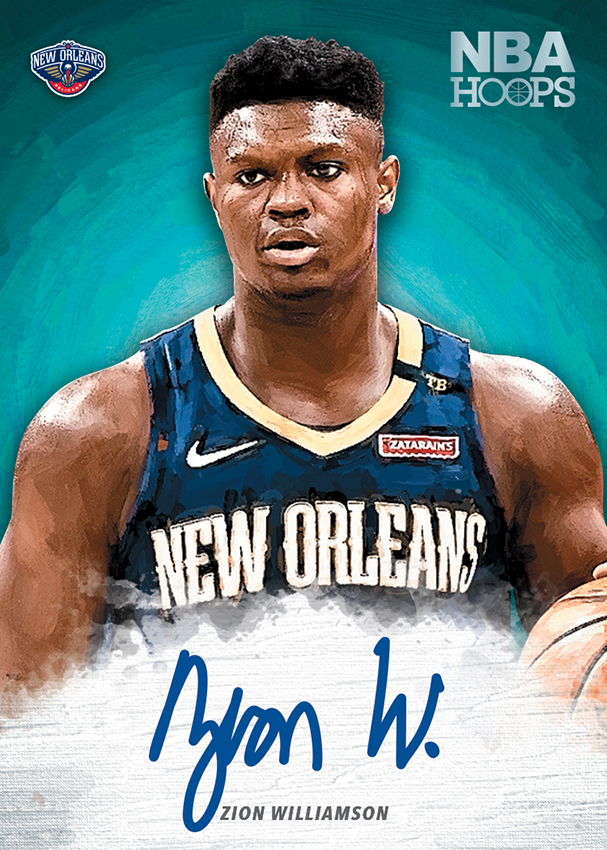 Panini America, the world’s largest licensed sports and entertainment collectibles company and the exclusive trading card manufacturer of the NBA, NBA Players and college basketball, and Zion Williamson, the No. 1 overall pick of the New Orleans Pelicans and former Duke University superstar announced today that they have teamed up for an exclusive trading card agreement. The meaningful pact will feature Williamson’s only licensed college and NBA trading cards and autograph cards.

Williamson’s first Panini NBA card was released on Panini Instant in real-time shortly after he was selected first overall by the Pelicans. Williamson’s card shattered the previous record for an individual player trading card sold via Panini Instant across all sports (NBA, NFL, FIFA, NASCAR). Panini’s Instant trading card platform is designed to celebrate real-time performances and milestones by making an individual player’s trading card from that moment available in real-time and for 24 hours on www.paniniamerica.net or the Panini Direct app.

“We’re on the cusp of witnessing one of the most historic NBA Draft classes of all time and it’s no secret that Zion is a driving force behind that fact. He’s a transcendent talent and a must-have presence in all of our NBA and collegiate basketball products for this season and beyond,” said Panini America CEO Mark Warsop. “We’re thrilled to partner with Zion and his team to deliver exclusive trading cards and autograph trading cards to fans and collectors that will uniquely chronicle his landmark rookie season.”

“I’m truly excited to be a member of the Panini family, a company that continues to raise the bar in terms of content and creativity in the trading card arena,” Williamson said. “I look forward to working closely with the team there to create basketball cards that my fans and card collectors will want not just throughout my rookie season in the NBA but throughout my entire career.”

During his spectacular 2018-19 season at Duke, Williamson was named National College Player of the Year, First-Team All American, ACC Rookie of the Year, ACC Player of the Year and ACC Tournament MVP. He also earned Wayman Tisdale Award and Karl Malone Award honors. He averaged 22.6 points, 8.9 rebounds, 2.1 assists, 1.8 blocks and 2.1 steals per game last season.