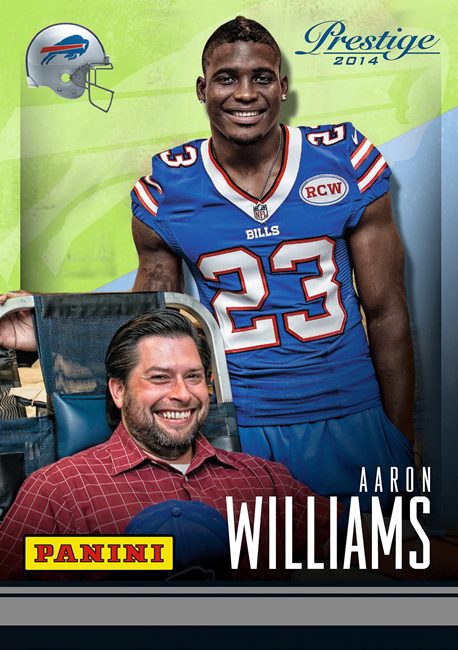 While the snow put some doubt on whether or not the Buffalo Bills would be playing this Sunday, there was never a doubt Panini America would find a way to plow through the snow. When the Bills host the Cleveland Browns at Ralph Wilson Stadium, fans in attendance will receive a special pack of Bills trading cards made by Panini America.

Aaron Williams’ inclusion is a special one, as he also serves as a spokesman for one of the game’s sponsors, Unyts.

Headquartered in downtown Buffalo and established in 1981, Unyts is among the leading procurement organizations in the United States, and is one of the only eight centers nationwide to house organ, tissue and eye procurement in one location. With the addition of Community Blood Service, Unyts has become the first organization of its kind nationwide.

Each pack contains an info card educating fans about Unyts’ up-coming blood drive with the Buffalo Bills, on Tuesday, December 2 at the stadium. Fans can make an appointment by calling 716.512.7940 or visiting www.unyts.org.