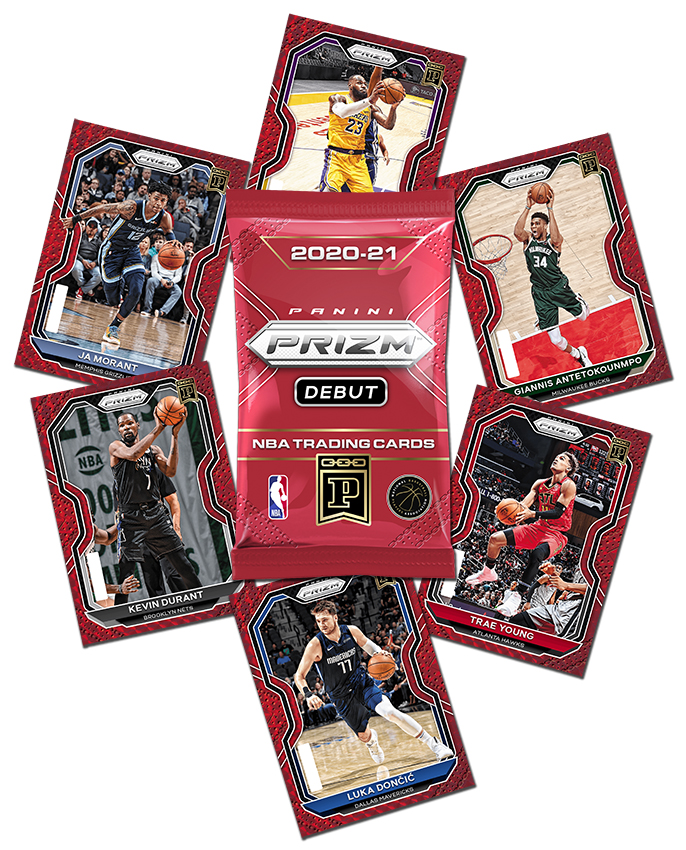 Panini America made history in the digital collecting space in January of 2020 by becoming the first company to introduce NFT blockchain trading cards. Later this month, Panini America will make history once again with its first pack-based NFT release: 2020-21 Prizm Basketball NFT Blockchain.

All cards in the set will be housed in the longstanding Panini NFT Blockchain platform that began in January 2020. These new cards, like all previous cards in Panini’s NFT Blockchain platform, are NFTs. In other words, the actual cards are the NFTs owned by collectors as opposed to being a “token” associated with an asset that the collector doesn’t truly own.

Company officials have planned a two-week “soft launch” rollout for the product that begins Wednesday, June 16, with three-card Red Mosaic Prizm Preview packs that retail for $10 each. One week later, on June 23, a limited quantity of three-card Green Ice Prizm Preview packs will be available for $20 apiece. Both the Red Mosaic and Green Ice packs will open for “pre-sale” on Wednesday of their respective release week, with NFT Blockchain packs being delivered to customers’ Panini NFT Blockchain accounts on Friday.

All preview cards featured in the two-week, soft-launch window will be pre-minted and limited to a finite quantity before launch, although these preview cards won’t be numbered like the cards in the rest of the collection. Once they’re gone, the pre-sell window will close. At the end of the two-week soft launch, Panini America will begin unveiling the entire 2020-21 Prizm Basketball NFT Blockchain product offering with a variety of weekly pack types. The tentative schedule is:

The pack-offering format allows Panini America to expand its NFT portfolio while offering collectors an opportunity to enter the marketplace in a more affordable manner. It’s important to note that although Base Prizm and Silver Prizm parallel packs are being offered on multiple days, the entire 2020-21 Prizm Basketball NFT Blockchain product is being pre-minted to set quantities from the initial offering, and the full run of any individual card will be distributed in lots across the release schedule.