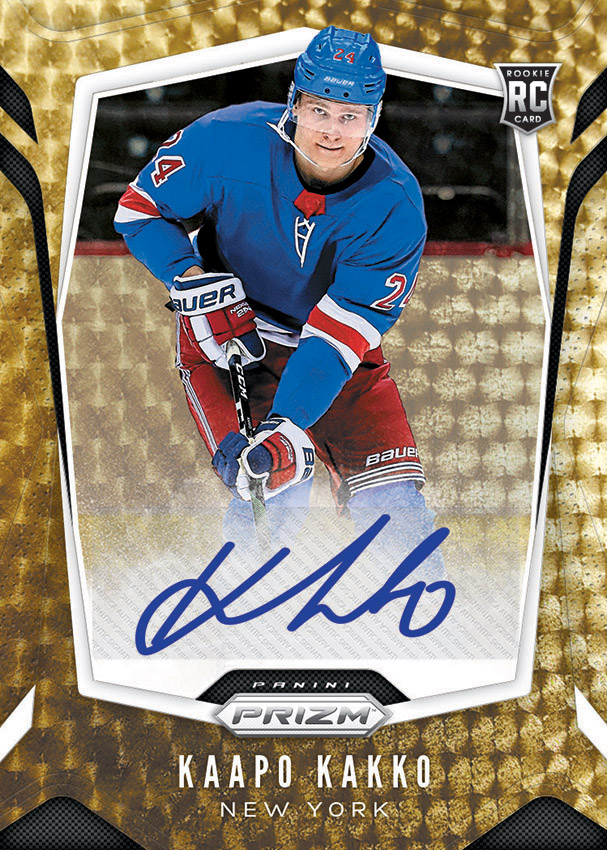 Hot on the skates of Panini America’s lickety-split sell-out of 2019-20 Score Hockey in early October comes the next big thing for Panini America’s hockey franchise: The first Prizm Hockey release since the 2012-13 season. Arguably the hottest brand in the sports-card industry brings its Optichrome impact to a 2019-20 Prizm Hockey release that will be available exclusively on iCollectPanini.com beginning Monday at 10 a.m. CST.

Featuring autographs and Prizm parallels of Panini America-exclusive athlete and New York Rangers star rookie Kaapo Kakko as well as fellow Rangers prospect Vitali Kravstov, 2019-20 Prizm Hockey will be available in two-card packs containing one Prizm card and one Prizm parallel or autograph. And, for the first time, 2019-20 Prizm Hockey will deliver Kakko Team Finland cards in both parallel and autograph format.

Enjoy the preview gallery below and be ready at 10 a.m. CST Monday when 2019-20 Prizm Hockey goes live.