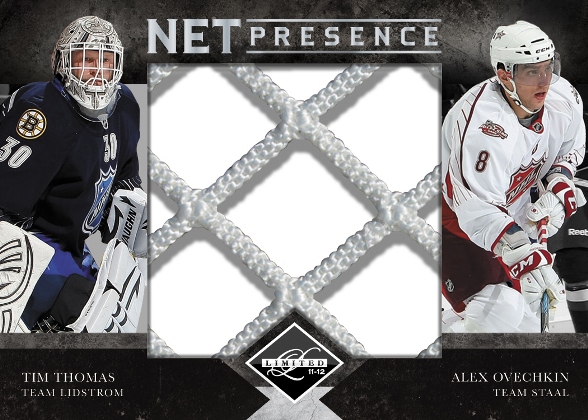 Sending a warm Happy Birthday wish to a member of the Panini Family…
#12 @JaMorant
May your Birthday be golden! 🎂🎂

Pardon the mixed metaphor here, but it's safe to say that 2011-12 Limited Hockey will pack quite a wallop batting cleanup in the 2011-12 Panini America hockey lineup. To be sure, the higher-end offering will deliver some unique new twists (including pieces of game-worn hockey pucks and nets) when it releases December 14.

Pardon the mixed metaphor here, but it’s safe to say that 2011-12 Limited Hockey will pack quite a wallop batting cleanup in the 2011-12 Panini America hockey lineup. To be sure, the higher-end offering will deliver some unique new twists (including pieces of game-used hockey pucks and nets) when it releases December 14.

Each box will deliver three autograph or memorabilia cards and four additional cards from an impressive list of base cards, parallels, inserts and the new High Numbers.

High Numbers this year will focus on the NHL’s top goalies and will be limited to just 99 copies. But the real stars of the show in terms of Limited’s new additions are the new-look Phenoms RCs injected with unique, definable patches, Net Presence Memorabilia cards featuring jumbo pieces of twine used during the 2011 NHL All-Star Game and the Game Pucks insert that includes pieces of pucks used during NHL games.

Here’s just the short list of Limited attributes that will cater to discriminating hockey collectors:

2011-12 Limited delivers a 175-card base set with base RCs numbered to 299. Each 15-box case of the product will yield six Phenoms, one Phenoms Silver, three Jumbos, one Men of Mayhem Signature, two Brothers in Arms Memorabilia, two Crease Cleaners, one Net Presence Memorabilia, one High Number, four Team Trademarks, one Limited Trios and four Banner Seasons.

You can get your exclusive first look at the product below. Stay tuned to The Knight’s Lance for additional updates on 2011-12 Limited Hockey.