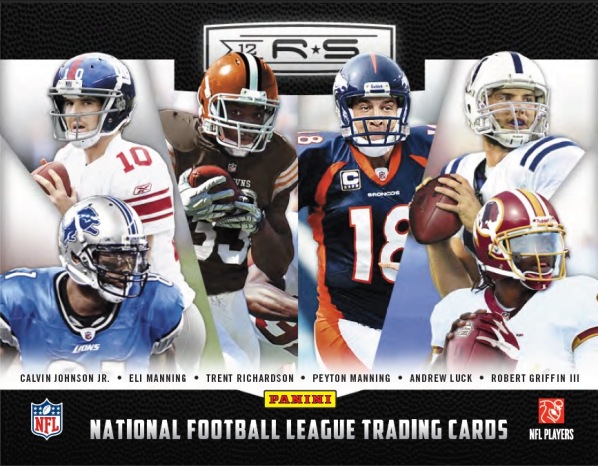 Can't believe this is now in the collection!!! Nicest centered 2020 @PaniniAmerica Prizm card I've ever seen! Thank you @BarrySanders for this amazing card and taking the time to sign it, you are much appreciated!!!

So much has changed in the collectibles hobby since the Rookies & Stars brand first burst onto the football landscape way back in 1998. To be sure, the product has undergone many changes, upgrades, modifications and revisions in that time.

So much has changed in the collectibles hobby since the Rookies & Stars brand first burst onto the football landscape way back in 1998. To be sure, the product has undergone many changes, upgrades, modifications and revisions in that time.
But as Panini America officials ready the 15th-anniversary edition to launch in mid-August, know this: 2012 Rookies & Stars Football is ready to perform like the polished, battle-tested veteran that it is, with a rousing mix of, well, rookies and stars, and a vast array of collectibility.

Each 24-pack box of 2012 Rookies & Stars Football will deliver four autograph or memorabilia cards, 24 Rookie Cards, seven True Blue parallels, four Greatest Hits, three Statistical Standouts, two additional inserts and one Longevity parallel. Also highlighting the product? The flag-waving return of die-cut Team (two per box) and Player (one per box) Pennants sure to be well-received by collectors who remember their presence in Playoff-branded products of years gone by.
Other product highlights include:

We’ll have more details on 2012 Rookies & Stars Football right here on The Knight’s Lance as the release draws closer. Until then, enjoy your first extended sneak peek at the product below.