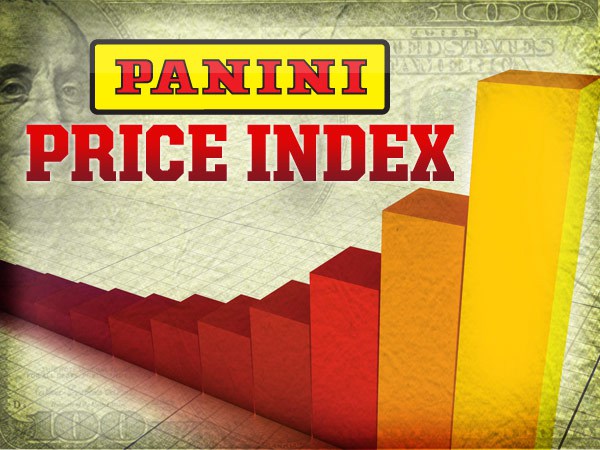 And the stickers to go with it! 🔥

My very first @AmericanOutlaws bandana. Ups and Downs, I’ll always have this with me. Let’s go @AOOklahomaCity

No #BlackFriday is complete without some red hot deals on Sports Cards! Swing by Panini Direct to take advantage of the discounts we're offering! The sale is live now and will run until noon on Sunday (11/27).
SHOP: https://paniniamerica.net/cards/trading-cards/black-friday-specials.html

Make sure to swing by Panini Direct to take advantage of our #BlackFriday deals on Panini Authentic signed memorabilia! Get 25% off all signed memorabilia when you use the promo code "FRIDAY25".
SHOP: http://www.paniniamerica.net/memorabilia.html

We had a chance to chat with a few NFL rookies during the Panini 2022 RPS a few months back. We covered all the important stuff: dreams coming true, sports cards and favorite Thanksgiving sides!#whodoyoucollect #NFL #Thanksgiving #TheHobby ... See MoreSee Less

Just like most things in life, the best is often saved for last. The same can be said for the August release of 2012-13 Panini Prime Hockey. Months and countless hours were spent by the Panini America Hockey Product Development team putting together the intricate puzzle and memorabilia pieces of Prime Hockey – the last product release of the 2012-13 Panini America NHL product calendar.  In this special edition of the PPI (Panini Price Index) we examine some of the rare and popular cards moving the needle, as well as some new content included in the year’s release which has brought some cash contributions for collectors.

As you’ve likely already seen from extensive coverage on The Knight’s Lance, this year’s release of Prime Hockey includes just about anything and everything you can imagine from the ice. As Tracy Hackler points out, if it was worn, touched or any part of the player’s NHL uniform or equipment, then chances are it made it’s way onto a 2012-13 Panini Prime Hockey trading card.  Or, as Hockey Product Manager Chris Barr simply states, the vision with 2012-13 Prime Hockey is to “provide the most unique memorabilia cards in the hobby – unlike other brands where the autographs and rookies are the drivers, we try to make the memorabilia the main star of the card.”

Some of the strongest performers thus far have been the Captain’s Cloth cards which have fetched upwards of $500. Captains Cloth, which are numbered no higher than two, pay homage to Captains and Assistant Captains of the past and present and feature the game-used sweater “C” and “A” from the players jersey intricately cut and placed on the card.  Some noteworthy performers from this bunch include:

A new twist for Prime Hockey this year includes breaking out the ever popular Prime Colors insert into three different collectible subsets:  logo, patch and number. The sheer color and vibrant display of the Prime Colors cards make them some of the most popular again this year, as they regularly bring north of $300 per sell. The high-dollar performers in this group include:

Collectors were greeted with a nice two-card bonus pack of Dominion Hockey included in every single box of 2012-13 Prime Hockey. The two-card set includes popular variations of Engravatures, Peerless Patches, Ensigns, Rookie Ensigns and Rookie Autograph Patches. Several of these cards net a staggering $500 per sell. Here’s a glance at those with a noteworthy nod:

Other notable inclusions and staggering sales from Prime Hockey include sales from Remarkable Prime, new insert Prime Gloves Insignia, Genuine Marks, Prime Authentics, Prime Black Autographs and Prime All-Star Selections.  Here’s a small sampling of how some of these Prime Hockey standouts have performed on the secondary market

As always, we will let the pictures do most of the talking.  And if you happen to come across any other staggering sales from 12-13 Prime Hockey, please feel free to share them with us. Enjoy the gallery below.