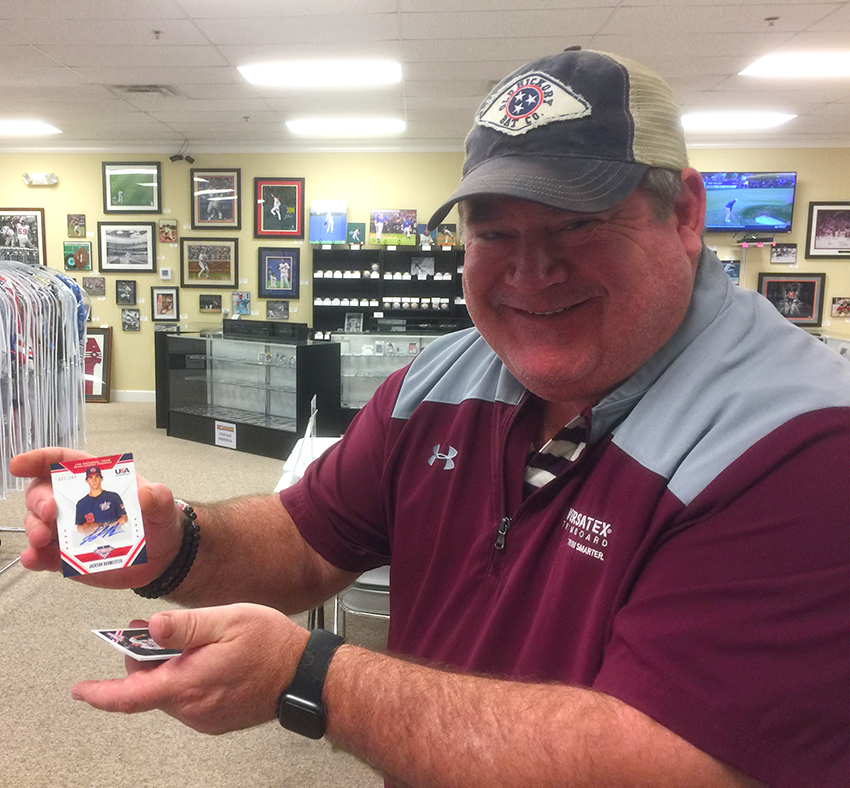 Happy Mother’s Day to all of you flawless, one-o

Hey, #BillsMafia! You’re going to love this one.

The QB of Destiny? Some say @macjones_10 was bor

The team with a star on its helmet added another s

Shutting down WRs is in his DNA. Check out this 2

The “Impeccable” penmanship of @chelseafc and

He earned his stripes as an @lsufootball Tiger. No

Now that 2021 @ufc Prizm Retail is starting to hit

The @49ers struck gold last week by using the No.

Happy Mother’s Day to all of you flawless, one-of-a-kind mothers and mother figures in our lives. We love you and we thank you — especially for not throwing out our cards.

Hey, #BillsMafia! You’re going to love this one.

@Greg_R5 will be bringing juice to the @BuffaloBills’ pass rush for years to come.

Getting ready to rip some @PaniniAmerica packs on Instagram. I’ve studied how this is done & I know the importance of a good background. I’m ready to go!!
http://Instagram.com/movethesticks

This #MothersDay, we honor the spectacular mothers and mother figures in our lives — especially those who collect.

Reply with a pic of you enjoying @PaniniAmerica cards with your kids or with your mom (or mom figure). We’re giving a box to five lucky winners.

The QB of Destiny?

Some say @MacJones_10 was born to play QB for the @Patriots. Watch our 2021 @NFL Draft Rewind from the night it became official.

Happy Mother’s Day to all of you flawless, one-of-a-kind mothers and mother figures in our lives. We love you and we thank you — especially for not throwing out our cards. #WhoDoYouCollect #MothersDay #Flawless ... See MoreSee Less

Hey, #BillsMafia! You’re going to love this one.@greg_r5 will be bringing juice to the @buffalobills’ pass rush for years to come.#WhoDoYouCollect #RatedRookie ... See MoreSee Less

The QB of Destiny? Some say @macjones_10 was born to play QB for the @patriots. Watch our 2021 @NFL Draft Rewind from the night it became official. #whodoyoucollect #ratedrookie #macjones #patriots #NFL ... See MoreSee Less

Jacksonville, Fla., resident Matt Baumeister was in the hospital the day his son, Jackson, came into the world more than 17 years ago. He was there again Wednesday night when Jackson’s baseball card career was born. There, in the latter case, was inside Showtime Sports Cards & Collectibles, Baumeister’s local hobby shop. He’d just bought four boxes of the new 2020 Stars & Stripes USA Baseball looking for one player and one player only – his son, Jackson Baumeister.

Jackson, a member of the USA Baseball 17U National Development Team, is featured in Panini America’s newest USA Baseball release on both autograph cards and autograph memorabilia cards. The elder Baumeister bought four boxes on release day and promptly struck out in box one. But three packs into his second box, Matt experienced the pull of a lifetime.

“I always roll them slow so when I opened up the pack it was face first, face first and the third card was backward,” Matt recalled. “When I saw the card I was like, ‘OH MY GOSH! I got one!’

“It was a neat experience. You hope to pull one but because he played on the 17U team, it wasn’t like a common card. I bought four boxes but I probably would’ve bought 10. I was going to pull my son. This is his first-ever trading card. That’s why I was so excited to get it.”

“We were all kind of hovering over him and he sees his name on the back of the card and he’s like, ‘I think I got Jackson!’ And sure enough, he did,” Miller said. “It’s definitely an all-time moment for the shop.”

Matt’s single-minded pursuit of Jackson on Wednesday overshadowed the fact that Matt was pulling some bona fide monsters from his four-box purchase, including two cards limited to just six copies and a Silhouettes Gold Signature of Pete Crow-Armstrong.

“I was pulling gems, some crazy-nice cards, that I would’ve been over the moon for if I hadn’t been looking for my kid’s card,” he said. “I texted Jackson a picture of the card as soon as I pulled it. He was pretty excited. I said, ‘Got one!’ He was like, ‘Get a lot more!’ ”

In addition to being a devoted baseball dad, Matt is an avid baseball collector with a soft spot for USA Baseball products. But the last few years have been just a bit more . . . personal.

“I’ve collected this set for years,” he said. “I just love it because it’s the first look at a lot of kids who are going to end up in the big leagues. These last few years have been a little different because I know a lot of these kids and their families. I’ve known some of them since they first picked up a baseball.”

But it’s the one he’s known longer than that, the one he helped raise, who now appears on Matt’s Holy Grail baseball card.