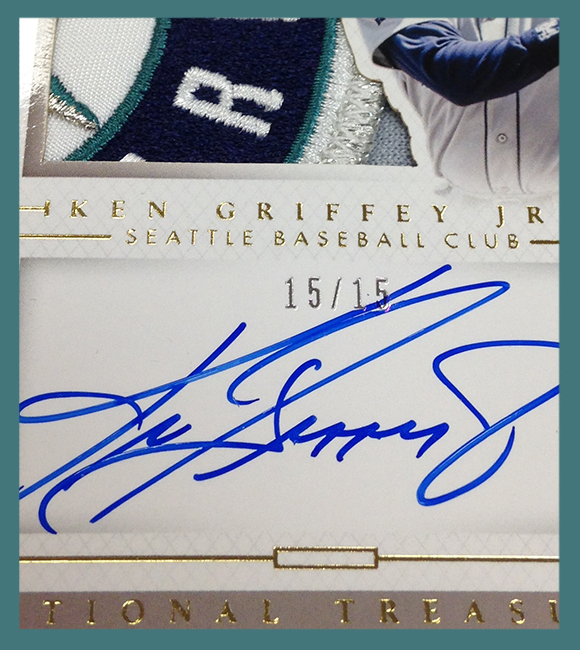 The last time Panini America released National Treasures Baseball during the 2012 season, that product created nothing short of a collecting phenomenon by raising the bar for what was possible with a high-end baseball brand. In the process, it almost immediately led to the inevitable questions regarding whether or not Panini America would ever do another National Treasures Baseball; and if so, how could the company possibly top the 2012 edition?

Today, Panini America begins resoundingly answering those questions by releasing the first images of early on-card autograph returns for the upcoming 2014 National Treasures Baseball. When the first wave of on-card arrivals includes Silhouettes memorabilia cards featuring the likes of Ken Griffey Jr., Barry Bonds and David Wright, you start to gain a new appreciation for the blockbuster potential of this highly anticipated follow-up.

Also included in the preview gallery below are some bona fide stunners featuring Masohiro Tanaka, Kris Bryant and Paul Molitor. We’ll have plenty more to preview from 2014 National Treasures Baseball here on The Knight’s Lance in the near future. But today’s brief glimpse should be sufficient enough eye candy to fan the flames of hype. Enjoy.