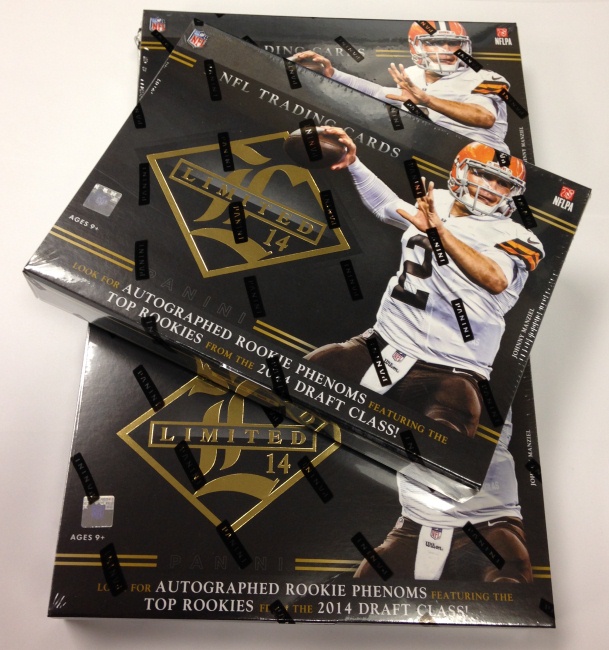 With Panini America’s 2014 Limited Football slated to release on Friday, we’re going to switch things up just a bit here at The Knight’s Lance. Normally at this stage of a product’s release cycle, we’d bring you a comprehensive Quality Control Gallery that showcases a little bit of everything the product has in store, and then follow up with a pack-break Teaser Gallery the day before release. But today, we’re going to reverse that order. First we’re doing the Teaser Gallery, then we’ll follow later this week with the Quality Control Gallery. Consider it kind of like having dessert before the main course.

Earlier today, we received a small shipment of early 2014 Limited Football boxes. We reserved two of those for an extra-special episode of Panini Unwrapped coming up later this week that was filmed on location from halfway across the world. Trust us, this is one that must be seen to be believed. As for the other boxes, well, we ripped them open as quickly as we could for this Teaser Gallery that takes you pack by pack through the experience. Enjoy the gallery and stay tuned to The Knight’s Lance for additioanl coverage of 2014 Limited Football.