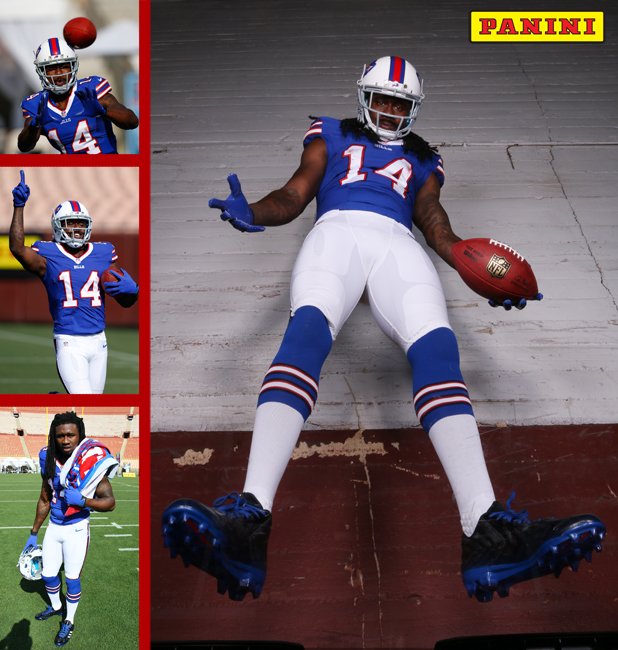 Tomorrow Kylian Mbappe and France square up against Poland in the Round of 16!! Who's going to win this game? Drop your pick in the comments!#whodoyoucollect #FIFAWorldCup #worldcup2022 #WorldCupQatar2022 #worldcup #Qatar2022 ... See MoreSee Less

The first receiver taken in the 2014 NFL Draft, Buffalo Bills rookie speedster Sammy Watkins is a big play personified, a blazing, blue-and-red blur with surefire hands to match. Watkins is blessed with a quick laugh and kilowatt smile, both of which could light up any room — or stadium. On the field and off, Watkins is an electric Bill — but the kind you want to see.

All Watkins did during a decorated three-year career at Clemson is catch a school-record 240 passes (including 101 in 2013) for 3,391 and 27 touchdowns. In Clemson’s 40-35 victory over Ohio State in the 2014 Orange Bowl, Watkins’ final college game, the burner earned game MVP honors by grabbing an Orange Bowl-record 16 receptions for 227 yards and two touchdowns. The performance instantly solidified Watkins’ place as a top-10 pick and must-have Rookie Card target.

Following a modest start to his NFL career (three receptions for 31 yards in Buffalo’s season-opening victory over Chicago), Watkins boldly announced his arrival in Week 2, catching eight passes for 117 yards and a touchdown in the Bills’ 29-10 home-opening victory against the Dolphins. The performance not only earned Watkins Week 2 2014 Pepsi NFL Rookie of the Week honors, it also provided early justification for the confidence collectors have placed in him from the beginning.

Watkins has been among this season’s most in-demand rookies since his first Panini America cards started hitting the market in June. His Panini America 2014 National VIP Gold Auto 1/1 sold just last week for a staggering $1,000. His 2014 Hot Rookies Gem Masters Auto 1/1 changed hands in early August for $304.44. Clearly, the stage is set for Watkins to reap rewards on the field and in the hobby — especially with more performances like the one he produced in Week 2.

In early May, just minutes after he was drafted, and again in late May at the 2014 NFLPA Rookie Premiere, Watkins spent some quality time with Panini America signing autographs . . . posing for pictures . . . conducting interviews. We hope the resulting video and image gallery that follow will help you get to know Watkins a little bit better — just like we did.

Enjoy, and stay tuned to The Knight’s Lance for another 2014 NFLPA Rookie Premiere Recall feature in the coming weeks.