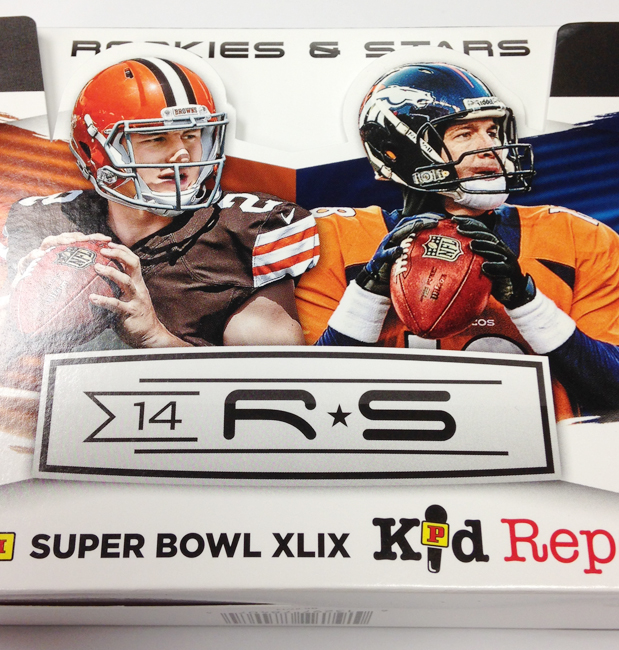 This is another reason we know that football fans and collectors are building a voracious appetite for the upcoming NFL season and the Panini America cards that come with it: In the last few days alone, we’ve fielded several requests across the social media universe asking for any and all details regarding 2014 Rookies & Stars Football, due out in hobby stores next Wednesday. So in honor of the first full week of preseason games kicking off tonight, we thought we’d offer a detailed preview of the product using the fruits from the recently completed Quality Control process as our guide.

One box in every 12-box case will deliver an extra autograph and every case will include at least five autograph or memorabilia cards honoring five of the most collectible rookies of 2014 (Johnny Manziel, Teddy Bridgewater, Blake Bortles, Sammy Watkins and Mike Evans).

We’ll have plenty more on 2014 Rookies & Stars Football right here on The Knight’s Lance in the coming days. But until then, we’ll let the following 126 images speak for themselves. Enjoy the gallery and stay tuned.