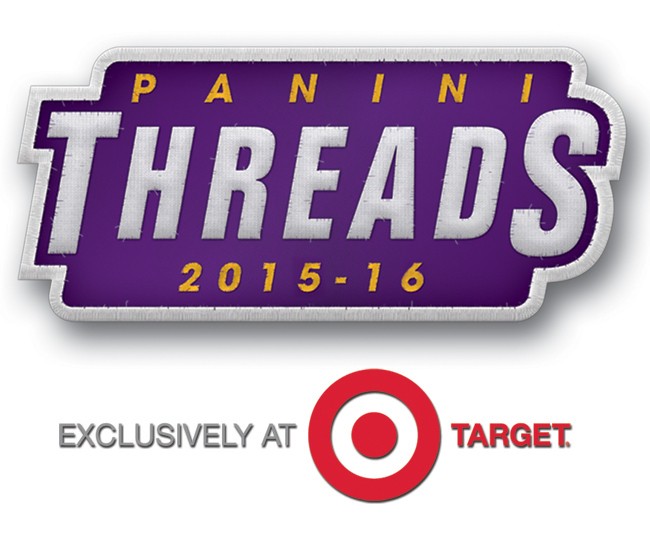 Any day now, Panini America’s 2015-16 Threads Basketball will arrive on Target store shelves across North America, the second time in as many years that the popular NBA release will appear exclusively in Target stores. Picking up right where last year’s stacked release left off, 2015-16 Threads Basketball returns with its trademark — and SKU-specific — Wood, Leather and Micro-Etched Rookie Cards, the compelling Voices of the Game autograph chase and a rich roster of base cards, inserts and parallels honoring the game’s greatest current stars, retired legends and hottest rookies.

We brought you a detailed first look at the product a few weeks back, but today we’re emptying our sizable camera roll of more than 100 images taken during the recent Quality Control and Packout processes.

As you’ll see, 2015-16 Threads Basketball is loaded with variety, great photography, parallels, autographs, memorabilia and the dastardly short, die-cut Century Stars. In short, there’s something for everyone. Check it all out in the extensive gallery that follows and stay tuned to The Knight’s Lance for continued coverage.