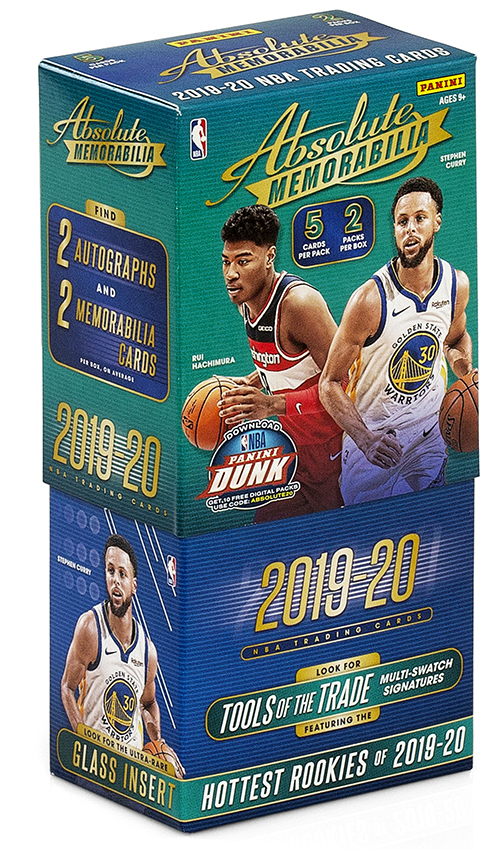 Amid the excitement of last week’s Thanksgiving and Black Friday festivities, we managed to let 2019-20 Absolute Memorabilia Basketball release without giving it a proper QC Gallery introduction. So we’re kicking off another jam-packed new-release week by taking a quick look back, so to speak, at a product that launched last week.

On average, each hobby box of 2019-20 Absolute Memorabilia Basketball (five cards per pack, two packs per box, 10 boxes per case) will deliver two autographs (including one Tools of the Trade), two memorabilia cards and one base or parallel card.