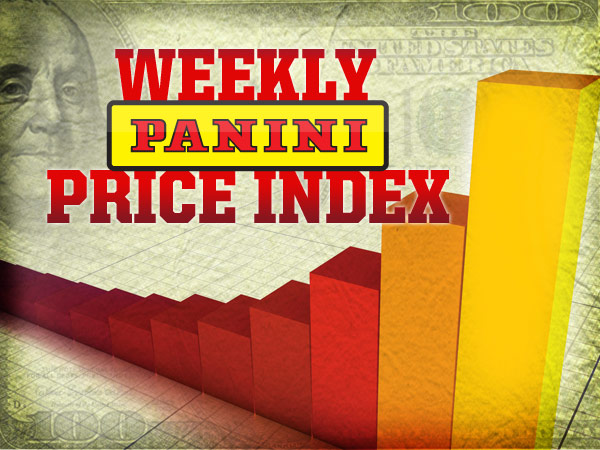 There’s been a firestorm debate between the mainstream media and passionate card collectors lately about the current health of the trading card category. Given the magnitude of the brouhaha, we thought it would be fun to start a weekly segment on The Knight’s Lance that features the sell of a big-ticket trading card of a newsworthy entertainer or athlete. Hopefully along the way we can sway some “expert” opinions about the true state of the industry.

Think of the Weekly Panini Price Index (PPI) as a sort of Stock Market-esque look at the hottest Panini America trading cards on the market and what they’ve sold for recently. We’ll let you decide whether this is a bull or bear market.

The debut of the Weekly PPI features a feverish look at a Justin Bieber certified autograph card from the Justin Bieber 2.0 trading card set. The teen crooner’s autographed 1/1 card, which was dropped into the hugely successful Panini America Black Friday Promotion, closed at a whopping $4,500.99 on eBay in January 2012.  Early this week, Bieber made headlines with the release of his new single, “Boyfriend,“ which has already sold more than 400,000 downloads.

It’s not too late to get in on Panini America’s version of Bieber Fever.  Adoring fans can go to iCollectPanini.com to buy Justin Bieber 2.o trading cards.  And don’t forget, five special Justin Bieber 2.0 trading cards were randomly dropped into product and are redeemable for uncut, full pieces of clothing worn by “Biebs” himself. 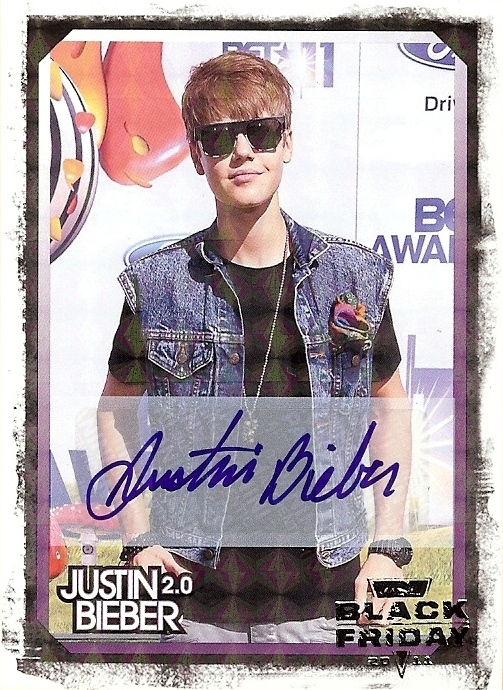 Other notable cards on the PPI: