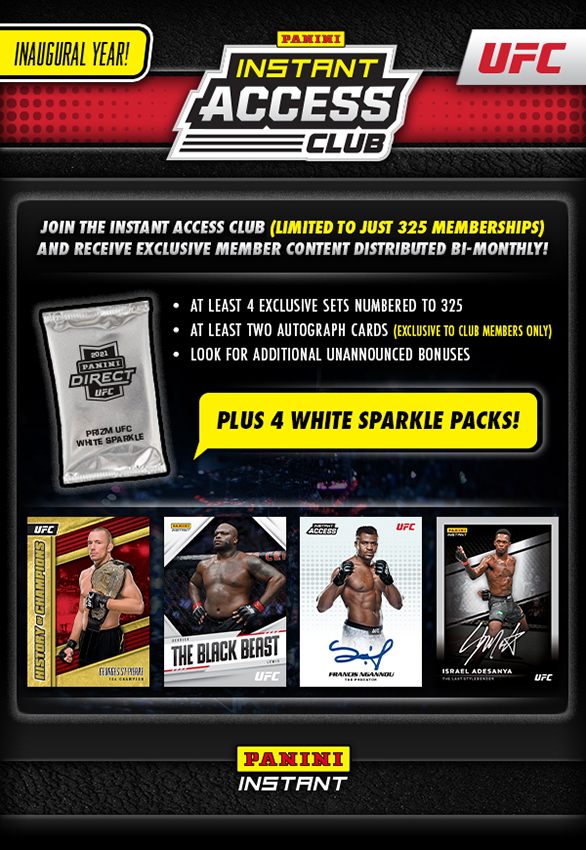 Panini America officials tomorrow will parlay the company’s real-time Panini Instant platform with its new exclusive partnership with UFC to debut the new Instant Access Club membership program that will reward members with a year’s worth of exclusive trading card content honoring the biggest superstars and personalities in the UFC. Memberships will be limited to just 325 spots and they will be available to purchase beginning tomorrow at 4 p.m. CST.

In addition, members will receive two bonus autographs in the fourth quarter, one each from the Spotlight Signatures and Instant Access Autographs sets.

White Sparkle packs will contain three cards with 1/1 autograph versions randomly inserted. Panini Instant Access Club memberships will be available starting Friday at 4 p.m. CST and will be limited to one membership per transaction.