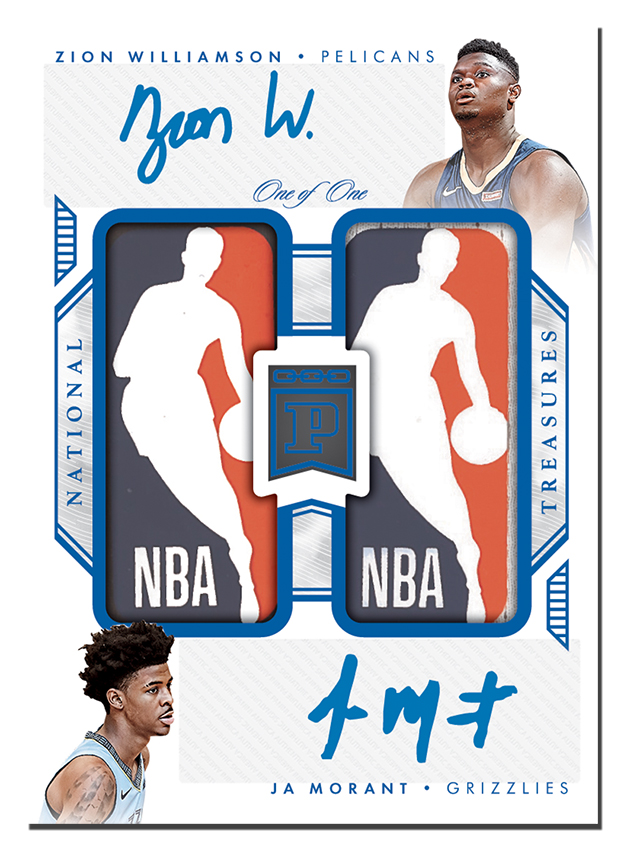 Ten new jaw-dropping 1/1 cards — including a Dual NBA Logoman Autograph card pairing top rookies Zion Williamson and Ja Morant — headline the just-launched eighth wave of Panini America’s historic Blockchain venture. The latest cards opened for bidding earlier this morning and every virtual Blockchain card issued in the initial 100-card wave will be accompanied by a physical version of the card featuring autographs, memorabilia or both.

In the gallery that follows, we offer a complete checklist of the Week 8 cards that launched earlier today. Enjoy the imagery and stay tuned for additional coverage.