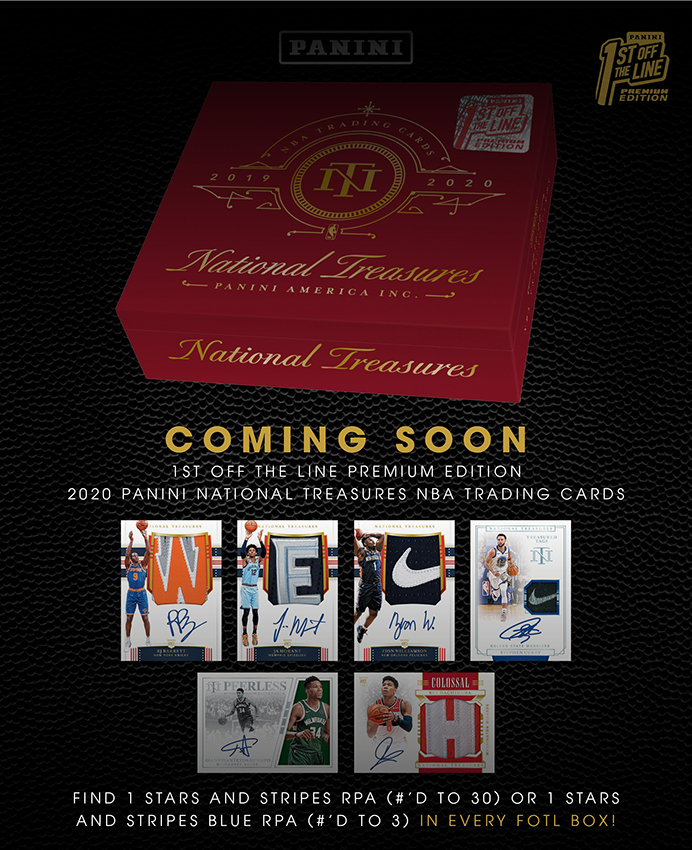 It’s arguably the most anticipated NBA trading card release . . . ever. And part of it arrives tomorrow morning exclusively at the official online store of Panini America. Panini America’s 2019-20 National Treasures Basketball 1st Off The Line Premium Edition will launch Thursday in what promises to be a bona fide online-shopping spectacle — and for good reason.

Other headlining elements of 2019-20 National Treasures Basketball include . . .

It all gets underway tomorrow morning at 10 a.m. CST exclusively at the official online store of Panini America. Buckle your seatbelts. A complete preview gallery follows.