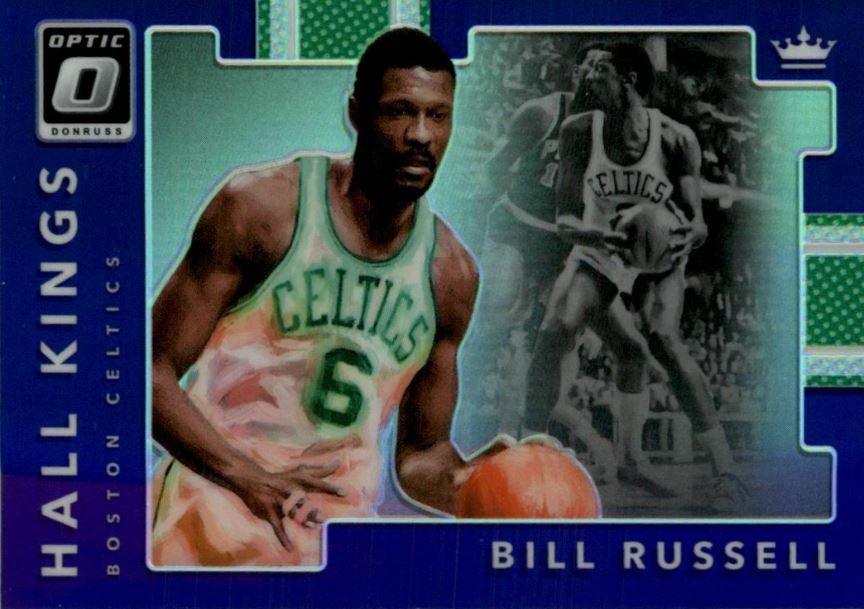 The Round of 16 ends today, but the World Cup action is just heating up! Pick up your album today! https://qr.paniniamerica.net/2hzmq

Capture tons of exciting moments from the 2022 FIFA #WorldCup by way of Panini Instant trading cards! New cards go live every day (Mon-Fri) at 11am (CST)! Each card has a base version and /5 and 1/1 parallels!SHOP: qr.paniniamerica.net/29h7g#whodoyoucollect #FIFAWorldCupQatar2022 #Qatar2022 #thehobby #PaniniInstant #WorldCup2022 ... See MoreSee Less

Banners. When it comes to the Celtics’ legacy, the discussion centers on banners. The franchise hangs 17 championship banners in the rafters of TD Garden. The most dominant runs in league history came through Boston, including winning 11 titles in a 13-year span starting in 1956-57. They also two championships in three seasons in the 1970s and three in a six-year span in the 1980s.

The mad genius behind each of these dynasties was Red Auerbach. The cigar-smoking mastermind spent more than half a century with the Celtics. He won nine championships as a coach and seven as an executive. He was responsible for drafting and pulling off trades to land players such as Bill Russell, John Havlicek, Larry Bird, Kevin McHale, Robert Parish and many others.

A reflection of the city, Boston teams have won with the same traits. Celtics have always played tough and smart. Starting with the run of titles in the late 1950s, Boston was a dominant defensive team. Having Russell to patrol the paint helped, of course. Remember, two of the most famous plays in team postseason history – done by Havlicek and Bird – were late-game steals that won key postseason games.  Havlicek in 1965 vs. Philadelphia and Bird in 1987 vs. the Pistons.

Of course, no history about the Celtics is complete without mentioning its battles with the Lakers. A classic east coast vs. west coast rivalry, multiple generations of Celtics champions has gone toe-to-toe with the Los Angeles. Russell faced the Lakers in the finals seven times, winning each series. Bird topped the Lakers in 1984. Pierce continued the winning tradition in 2008. In total, Boston has won nine of 12 Finals series vs. the Lakers.

The modern Celtics continue the smart and tough approach to the game. Boston has seen a steady climb toward another title with Brad Stevens — whom many consider to be the best young coach in the game — guiding hard-nosed players such as Al Horford, Marcus Morris and Marcus Smart to go with the talented youth of Jayson Tatum and Jaylen Brown.