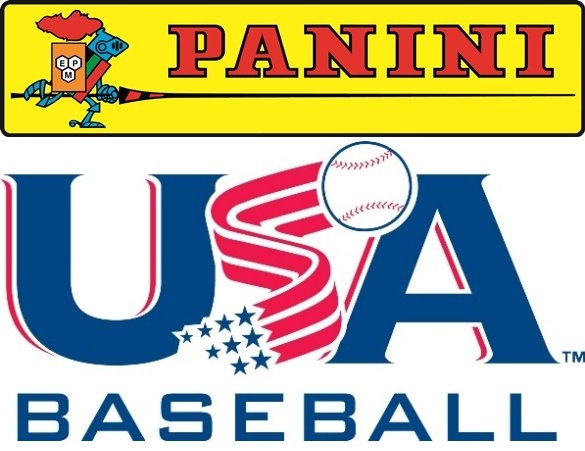 Panini America will incorporate members of the 2012 USA Baseball Collegiate National Team into 2012 Prime Cuts in October and will include members of the 18U and 15U National Teams in 2012 Donruss Elite Extra Edition Baseball in December.  Both products will include autographs and game-used equipment cards from the team members.
The annual USA Baseball National Teams Box Set will join Panini America’s portfolio of baseball products with the 2012 product scheduled for release on or near “Black Friday” in November. The 2012 box set will feature all 62 members of the 2012 USA Baseball National Teams and will return to a hobby-only distribution plan.
“Some of the greatest players of all time made their marks with USA Baseball long before they made their marks as professional players,” said Panini America CEO Mark Warsop. “This new agreement gives us the exclusive opportunity to introduce fans and collectors to tomorrow’s stars.”
“Panini America has already shown that it as passionate about the USA Baseball brand as we are, and we know that passion will show in the products it manufactures with USA Baseball’s National Team players,” said USA Baseball COO David Perkins. “We are thrilled to be working with Panini America to bring our pastime’s future to collectors and fans.”
This latest agreement continues to significantly bolster Panini America’s leadership presence in baseball and comes on the heels of the company securing a trading card license with Major League Baseball Players Association in September and the National Baseball Hall of Fame in February.
Panini America is the only company in the world that manufactures licensed trading cards and stickers for the NBA, NFL, NFL PLAYERS, NHL, NHLPA, MLBPA and FIFA World Cup. The company also has exclusive relationships with USA Basketball and the U.S. Soccer Women’s Team.  In addition Panini also has relationships with the Naismith Memorial Basketball Hall of Fame, The Pro Football Hall of Fame and the National Baseball Hall of Fame and owns exclusive entertainment licenses with Disney, Justin Bieber and Michael Jackson, and more than 600 global licenses with other sports and entertainment properties.