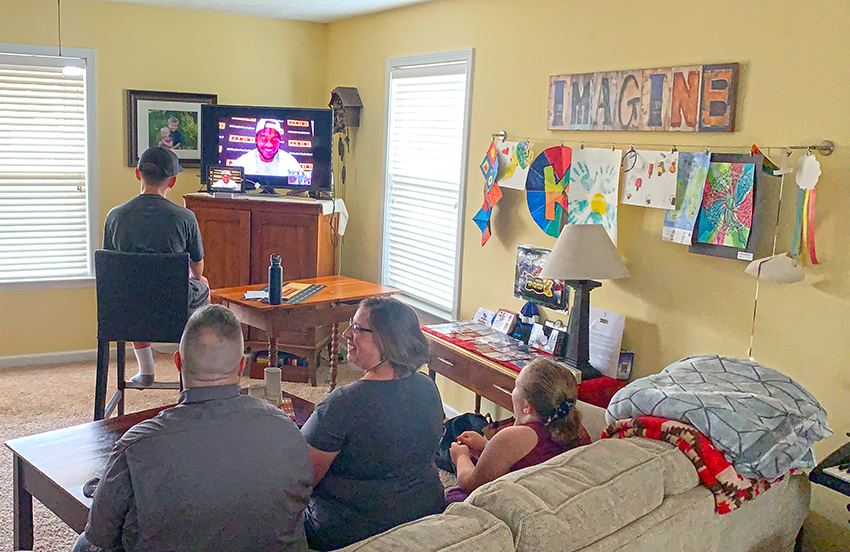 One of the sports card hobby’s most iconic spectacles — the Panini NFL Player of the Day grand-prize payoff — took place last Thursday. But due to COVID-19 and new social-distancing guidelines, this year’s event was unlike any in the program’s proud 20-year history. But what Detroit Lions rookie running back D’Andre Swift couldn’t do in person, he more than made up for with a special Zoom appearance to connect with 12-year-old collector Wesley Kowalczyk, from Mason, Mich., this year’s winner of the Panini NFL POD national sweepstakes.

Kowalczyk’s special day included getting up close and personal with Swift and also adding some spectacular Panini America cards to his already-impressive collection. In lieu of a private party that usually awaits the winner, Kowalczyk and his friends and family participated in a Zoom call with Swift. During the revealing 30-minute call, everyone got to know the personable young Lions running back. The Q&A allowed the Lions fan to learn more about Swift than what they see on the field including his favorite players growing up, his best friends on the Lions, the opponents he looks forward to playing against and even his favorite cartoon (“Tom and Jerry”). After the call, Swift signed memorabilia for each participant.

“We want to thank D’Andre Swift, for helping us create this special day for Wesley, his family and friends,” said Jason Howarth, Panini America Vice President of Marketing. “Obviously, due to COVID-19, it became impossible for us to stage an event like we’ve done for the past 19 years. But we managed to create an alternative that was exciting and memorable — and we’re sure that Wesley and all of his friends and family now have a new favorite Lions player.”

The following gallery details some of the event’s highlights. Enjoy.